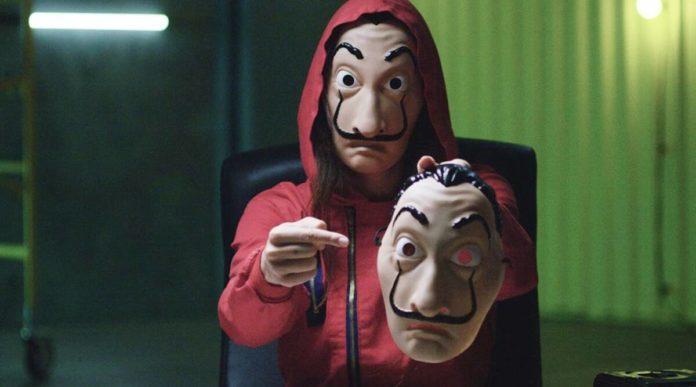 We have come into the New Year 2022, but the last month of the year 2021 also had given the OTT platform many new web series. We have come here with the most-watched series of December 2021. It is expected that all the OTT platforms will be filled with many original release films and shows in the coming days.

The OTT platforms are still filled with many categories of series whether it is a thriller, rom-com, or action. There are several most-watched shows in December on which the audience has shown their more love by mainly watching.

Here is the list of the most-watched web series in December  2021:

In season 3 we will be going to see the nervy heir Kendall Roy who is moving forward on his battle with the indestructible patriarch Logan Roy to control the entire empire of this family-run drama film. At the ending of the second season, it has been revealed that Kendal comes to know about Logan about all his multifarious wrong works at Waystar Roy Co.

The trailer reveals about Logan who has lunged on his treacherous son as the fight has been headed up between them. In between Shiv becomes caught, at the time when Tom and Cousin Greg become engaged in such sparring to their own.

In this, the siblings have recruited each other and turn on to be the more twisted games of power. In this Logan Roy starts the third season with such perilous places for securing the familial, political, and financial alliances, the main problem comes like a bitter corporate fight threatens to become the family cold war.

The story of the show is literally the dark and the gritty tale in the middle of the eerie jungle and also in the mysterious city. It reveals about such personal agendas as the two mismatched his station police officers have been navigated the web do the suspects after such planned murder.

It is mainly a blind lawyer by day and also a vigilante by night. It seems that Matt Murdock battling for the crime of New York as a daredevil.

The story is based on the origin stories of Jinx and Vi. The first combat scenes of the two powerful ladies end with a glimpse above Piltover, the city from where both strong characters belong from. The story of this series reveals that Vi and Jinx were the criminals of Zaun district, which is situated in the lower part of Piltover.

At that time Jinx holds the chaos and surged her crimes, Vi become an enforcer and also has charged with keeping the peace thus two characters choose the opposite paths and become an antagonist of each other.

In this new season, we will see that the professor without any second plan might challenge the La Casa De Papel or Money Heist then if just got misled after watching the trailers and also by the pre-release materials, then it is the blame of the makers. In this fifth and the final part of two will not see any deaths or compromises in this Spanish drama series, but there are also the dollops of action, twists, tears, and also laughs.

After hitting the emotional graph in the first part, now it is the time from the remaining portions that is part 2. There is the gang that has been reeled under the heartbreaking death of Tokyo, it is not for long. They have gone back to the business of getting the gold out of the bank of Spain, that is their main objective that has now become a tribute to Tokyo ad Nairobi.

All the pieces have been gathered by the professor like the immediate mess that has been created by Alicia  Sierra by fleeing the den, and that had to be resolved. Colonel Tamayo has started to be lost as we expected. This time there are some more from him.

4. The Wheel of Time

The story of the series has been followed by Moiraine who is a member of the Aes Sedai has the potent of all the female organization of the magic users. She just has made a group of five young people for the dangerous journey across the world, and believing one of them would definitely be the reincarnation of the Dragon Reborn, that is a strong individual prophesied to save humanity or might destroy it.

The trailer of the series also has been given glimpses of Rosamund Pike in her role of Moiraine. There is The Blood Runs deep in those mountains that have been said by Moraine in the trailer.

It is a story of Geralt of Rivia, a solitary monster hunter who is basically struggling for finding a place in the world where people often to be proved more wicked than beasts.

It shows that the pair of guide and protégée seems to never fail to be charming, and definitely provide a sufficient amount of laugh to this New York City series. The trailer begins with the voice of Lila Barton who is saying about their first Christmas that they come together after years. Clint Barton is just recovering the gap of the lost time but it seems that God has set a different destination for him, as the past enemies of Clint Barton have returned, the man is a masked vigilante, who once terrorized the underworld of the city.

He has once again faced with his past, while Lila Barton depicts about worrying, then he said that everything is fine and there is nothing to worry about and promised them to spend time in Christmas. For this new trouble, Clint has left his family before Christmas Now he becomes in the form and start to face all his enemies.

It is mainly an Indian Television game show that has been based on the Ditch show named Big Brother hosted by Salman Khan. In the show, the contestants navigate their way through the jungle with the help of the survival kit. In the jungle, Vishwasuntree plays such an important role in their survival.