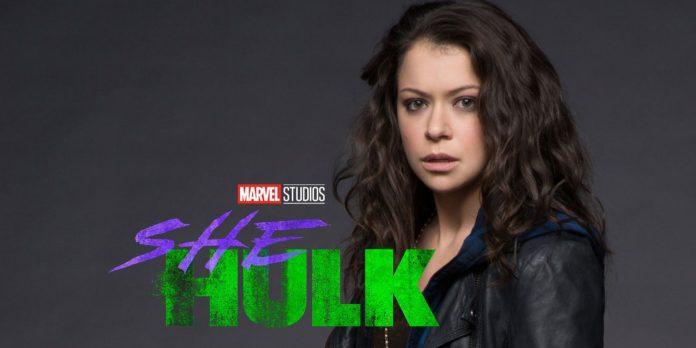 It is seriously over a decade that we have seen a solo hulk film with The Incredible  Hulk, now we will going to see the cousin of the hero aka She-Hulk who is getting revealed in the Disney+ series.

We will be going to see orphan Black favourite Tatiana Maslany who will feature the role of the new green goliath, she is also an accomplished lawyer named Jennifer Walters until she has been got the emergency blood transfusion from Bruce Banner and become the lady Hulk.

It seems that the cast is now taking the shape with the famous actor Mark Ruffalo, and Tim Roth who will come back as The Hulk and The Abomination. There is also some new character like Jameela Jamil, Ginger Gonzonga, and Renee Elise Goldsberry who have been set to join in the cast with her friends or the foes.

It is expected that this lady hulk film will premiere at some point in 022. There is no such official release date for the film. Now the streaming service has confirmed the title that would be ”coming Soon” on the anniversary of the two-year celebration purpose for Disney Plus Day.

It is assumed that the celebration will be seen in the platform like some of the footage exclusively on the service and also has been shared all the new logos for the series.

We have seen that the first season is filled with 10 episodes that are now clocking at around 30 minutes and have been described by producer Kevin Feige as the “legal Comedy”.

Marvel Studios has set to release a full trailer of the She-Hulk series there are previews for the latest Marvel series as part of Disney Plus Day. Now the footage has introduced  Tatiana Maslany in the role of Jennifer Walters and also reveal her profession as a lawyer.

The clip also shows her green She-Hulk appearance but we will not be going to get a full-body shot to be able to see her face as of yet.

The giant Hulk Mark Ruffalo as Bruce Banner will be present as professor Hulk. The clip also reveals such a retro clip that will reveal the call back to the classic 1970s  show The Incredible Hulk with Walters warning along with Banner that you would not like her while she becomes angry.

In this sci-fi drama film, we will see Tatiana Masllany as Jennifer Walters, Mark Ruffalo as Bruce Banner, Time Roth will return as Abomination, Ginger Gonzaga as Waler’s best friend, Renee Elise Goldsberry as Angelica in Hamilton,  Jameela Jamil as  Titania. Jessica Gao is the lead writer of the series.

We have seen her first time in November 1979’s Savage Sghe-Hilk#1 that has revealed her dramatic origin story. Jennifer Walters is a skilled lawyer and also the cousin of Bruce Banner who has been gunned down by the crime boss with a vendetta against her.

At the life on the line, Banner has performed an emergency blood transfusion that sees him pass some of his gamma radiation onto her, and transform her into She-Hulk. Recently, it has been reported that this comic accurate origin story also will need to make it perform into the show.

Walter has not suffered through the anger issues as her cousin that has been allowed her to keep her day job also even while Hulk forms.

Disney Plus with Ads scheme: All details about the price and many more