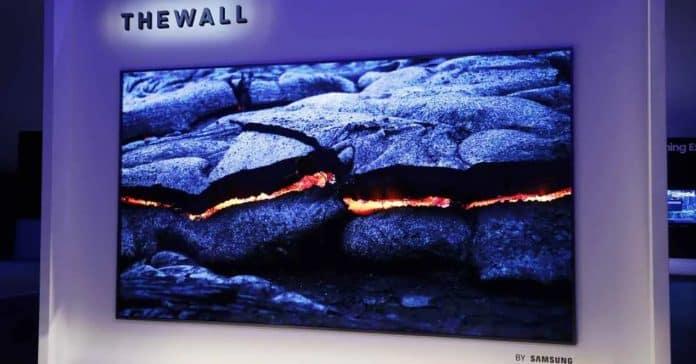 Reports claim that the South Korean tech giant is developing multiple technologies for the future of its TVs. It has already unveiled a few models which have the latest micro-LED technology supporting them. Now it is also working on Mini-Led and QD-OLED TV models.

Samsung has announced its commitment to selling more than two million Mini-LED TVs by next year.

The new QLED TV from Samsung will sport the Mini-LED backlighting technology for the year 2021. It is also reported that the new line-up will feature 4K resolution and will come in varied sizes. The sizes are reported to be 55-inch, 65-inch, 75-inch, and even 85-inch.

Mini-LED backlighting technology is certainly the next big thing in the future of TV displays.

The Mini-LED backlighting supported TVs offer a contrast ratio of 1,000,000:1, while the current generation TVs only offer a 10,000:1 contrast ratio.

It is reported that companies like Apex, Epistar, FitTech, Macroblock, San’an Optoelectronics, and Saultech are competing to offer their Mini-LED chips to Samsung.

Let’s do some TV math: A 65-inch 8K Mini LED backlight TV will usually be deployed with more than 12 thousand Mini LED chips were as an 85-inch TV will require more than 20 thousand chips. If our math is correct, which most certainly is, Samsung plans to ship more than 2 million Mini LED-backlit TVs, which will at least sum up to more than 30 billion chips. That’s too much import.

Mini LED, and Micro LED display technologies show their strengths recently, with leading brands like Apple and Samsung ready to launch new products based on these technologies. The year 2021 is expected to be the year we see a boom in Mini LED technology applications.