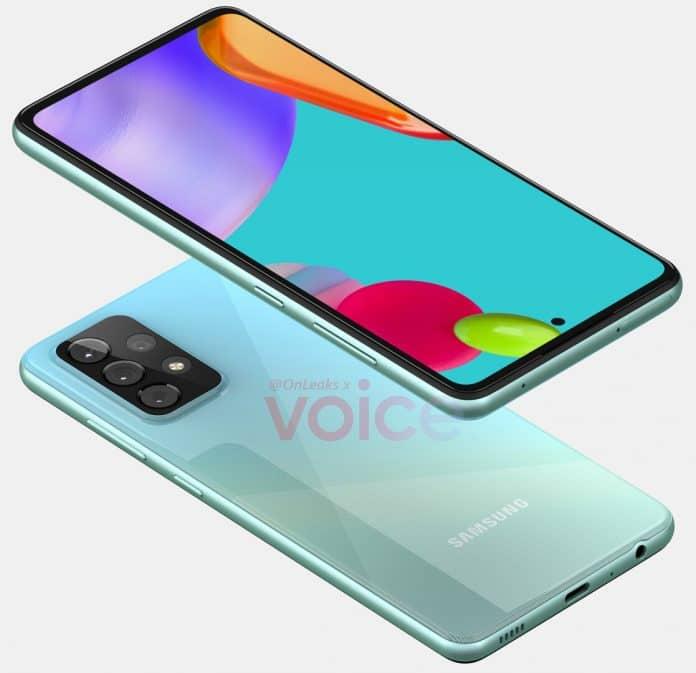 Samsung has launched its Galaxy A51 5G smartphone last year. Now, after one year, the company is about to launch the Galaxy A52 5G, the new mid-range 5G smartphone of its A-series. The upcoming Galaxy A52 5G has appeared on the Geekbench website. From the listing, we’ve come to know its design and some of its specifications.

As per the display, there will definitely be a Super AMOLED panel whereas the size is still unknown to us. As it is an AMOLED display, this phone will feature an in-display fingerprint scanner. The rear panel of this phone is more likely to be a glass rear panel as it will be made of plastic but will have the tactility of glass.

In terms of chipset, the upcoming Galaxy A52 5G is confirmed to get powered by an octa-core Qualcomm Snapdragon 750G chipset that will be paired with 6GB of RAM. This phone will have a USB-C port for charging and a 3.5 mm headphone jack as well. Regarding the dimension, this phone measures around 159.9 x 75.1 x 8.4 mm. That means the size is looking to be quite similar to its predecessor, Galaxy A51 5G.

Samsung Galaxy A52s and A52 5G specs and details leaked