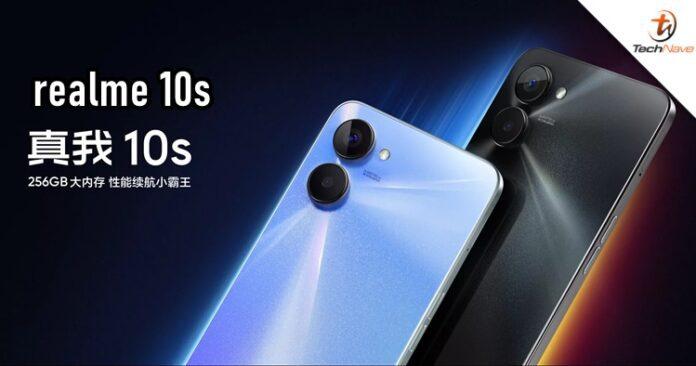 All of the other models, with the exception of the 4G variant, are offered in the domestic market. Here are some details on the Realme 10s’ features, specs, and cost.

On the device’s right edge, a fingerprint reader is situated.

An 8-megapixel selfie camera with a 77-degree field of view is on the front of the Realme 10s. It contains a 2-megapixel portrait lens, an LED flash, and a 50-megapixel main camera on the rear. Realme UI 3.0 is a skin that has been added to Android OS 12.