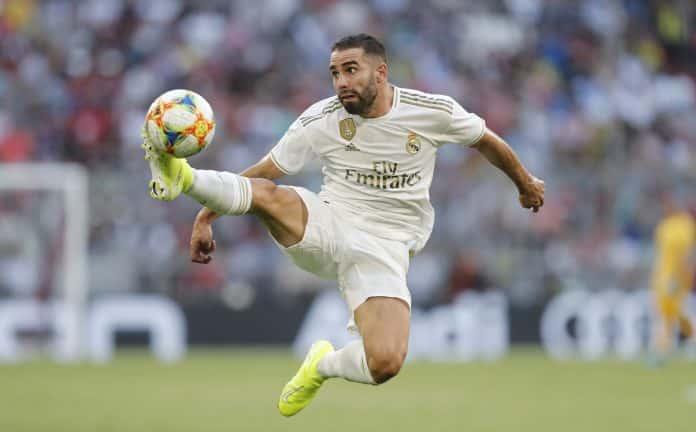 Dani Carvajal has signed a new contract with Real Madrid until 2025, as confirmed by the club on their social accounts.

The right-back previously had only one year remaining on his deal, and Real hurried with the negotiations to avoid a repeat of the Varane situation. The French centre-back did not agree to a new deal, and had to be sold to Manchester United this summer.

Carvajal has been with Los Blancos for more than 20 years now. He joined the academy as a youngster, and was called up to the first team in 2013/14 by Carlo Ancelotti. He spent a year at Bayer Leverkusen in between, but is now regarded as the undisputed first choice on the right flank of the defense.

The player missed the majority of last season due to injury, and will be hoping for a better physical performance this time around. He has been one of the main stars in the team for 8 seasons and helped the team win 4 Champions League trophies in 5 seasons.

Carvajal joins Luka Modric, Lucas Vasquez and Nacho Fernandez as the next first-team player to have his contract extended by the club. Madrid are expected to agree on a new deal with Karim Benzema next, and the agreement is expected to be until 2023 for the France international.

Carvajal has made 199 appearances for Madrid in La Liga so far, and his 200th appearance is not too far away now.