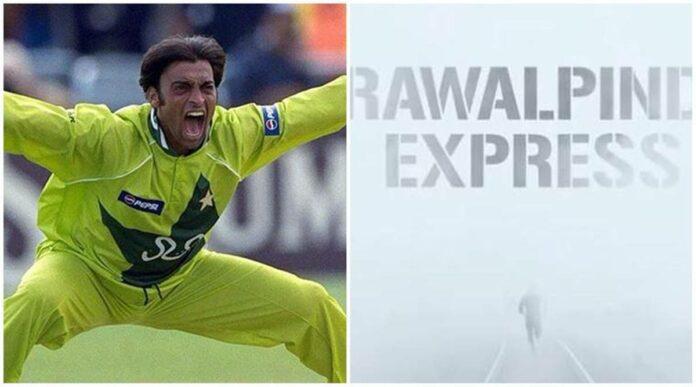 Rawalpindi Express: Shoaib Akhtar’s Biopic, Umair Jaswal is going to play the lead role. On 16th November 2022, the Pakistani singer-actor Umair Jaswal made the announcement that he is going to play the role of Pakistan pace legend Shoaib Akhtar’s role in the biopic of the Shoaib Akhtar named Rawalpindi Express. This announcement has ended all the speculations for the role after Akhtar announced that his biopic is in the works which has been raised earlier this year.

On Instagram, Umair Jaswal has shared the poster of the biopic, and the caption reads, “I’m honored to play the living legend, Mr. Shoaib Akhtar on the big screen in Rawalpindi Express. With Allah’s blessings may we succeed in our endeavors. We look forward to bringing to you a first-of-its-kind biopic film worthy of worldwide recognition”.

The filming of Rawalpindi Express is going to start in December with Pakistan, Dubai, New Zealand, and Australia decided as its prime shoot locations. It is directed by Muhammad Faraz Qaiser, written by Qaiser Nawaz, and produced under the banner of Q Films Productions. The movie is going to release on 16th November 2023.

Faraz has said in a press release, “The film will span from 1975 to 2002 and requires physical transformation to be shown by an actor. Umair Jaswal perfectly fits the role as he is a sports and fitness enthusiast and has worked on his body and fitness level for several months. His dedication is unparalleled and he recognizes the gravity of the role, and commitment required to bring in the persona of legendary cricketer Shoaib Akhtar live on screen”.

The director was highly impressed with Umair Jaswal’s dedication to the character development of the biopic. The singer-actor, meanwhile, regarded the biopic as his ‘dream project’.

Umair Jaswal has said that “His life is an inspiration. He is not just a superstar in Pakistan but for all cricket lovers globally. It is a huge responsibility to shoulder, and I am completely aware of this. I am cherishing every moment of this journey and I will always treasure the time spent with him in preparing for this role which required a new level of dedication and effort”.

This biopic is going to be a great time for all cricket fans to relive Akhtar’s highs and lows in his controversial international career which spanned from 1997 to 2011. The fastest bowler in international cricket, to date, retired with 178 wickets in Tests, 247 in ODIs, and 19 in T20s to his name.

Read- Spider-Man: Across the Spider-Verse; Daniel Kaluuya will be seen as Spider-Punk

Zlatan Ibrahimovic biopic to be released in fall of 2021

Shoaib Akhtar on Sourav Ganguly: Ganguly is the best captain India has ever produced and the bravest batsman I have bowled to