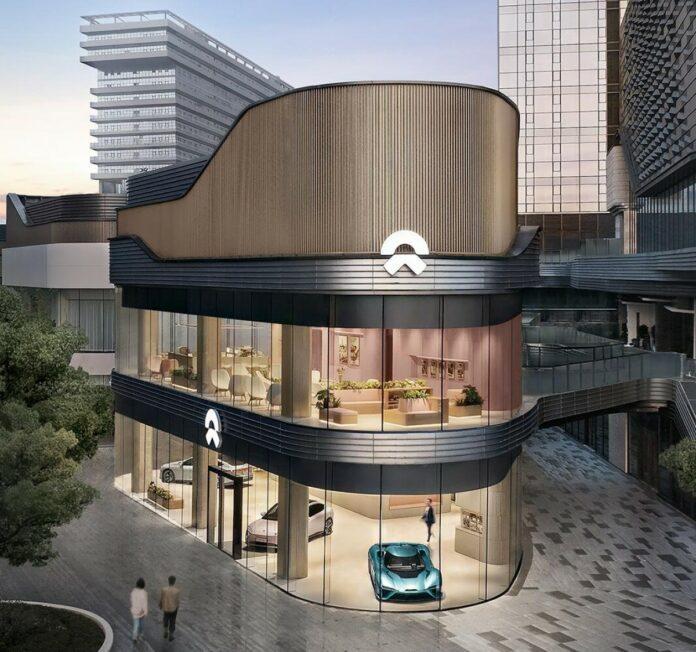 William Li, CEO of the company, attended the opening of the newest Nio House in Dongguan for Nio’s smartphone, in the province of Guangdong, as usual, and provided updates on the company’s future plans and the progress of the development of the upcoming vehicles.

As a result of Apple denying customers access to some of its phone’s technology, the company has previously confirmed numerous times that it is creating its own mobile device.

Although Android users are not as negatively impacted, Nio’s smartphone determined that designing its own mobile phone was the only way to fully capitalise on modern technology.
There has been significant advancement on the phone project, according to William Li’s conversations with nearby Nio’s smartphone owners and potential customers. Two committed teams, one based in Shanghai and the other in Shenzhen, are working on it. Li hinted at the release of the Nio phone in 2023 by saying that Android phone users won’t need to upgrade their devices in the coming year.

It turned out that a small number of Nio customers had early access to the Nio’s smartphone and were testing it already, and the preliminary findings and impressions are positive. In terms of functionality and features, the Nio phone is allegedly “completely on par with Apple.”

The company must already be considering design concepts for the 2024 version if it is already close to releasing its first phone, as Li confirmed Nio will only release one phone model per year.

The high-end device, which will be available next year, is a response to the company’s dissatisfaction with phone manufacturers, particularly Apple, for refusing to support a full range of connections and integration despite the technology being present on all contemporary phones.

The goal of Nio’s smartphone is to function as an extension of its cars and vice versa. To provide customers with a fully connected digital life, the company is working to fully integrate phone, car, and home technologies.

Only 3 Nio House showrooms have been designed using the new strategy, which was introduced with the most recent Nio House in Dongguan. Nio calls this updated design language Design 2.0. New floor plans are present, and more local materials are used in the construction.

When William Li inquired about the company’s intentions during the opening, the CEO was evasive in his response.

We have already seen the new ET5 Shooting Brake, and the remaining models will be upgraded to the 2.0 EV platform by the end of the following year. The company wants to have 8 electric vehicles available on the market.

A revolution in connectivity and modern life was sparked by electric cars in addition to a revolution in propulsion systems. With the development of electric vehicles, which are no longer seen as just a mode of transportation but are quickly taking on a life of their own, the true potential of connected services—for better or worse—has only recently come to light.

All you need to know about Nio ET7: An AV electric sedan to be released in 2022