NFTs: Most Resourceful guide you’ll find on the internet; Everything you need to know 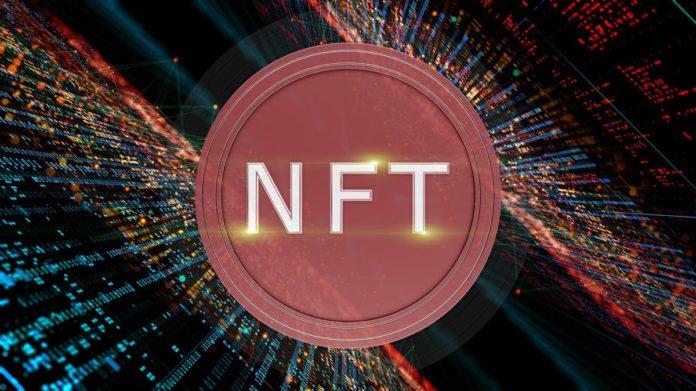 Over the last few months, the popularity of non-fungible tokens (NFTs) has exploded. Those that recognised the potential of NFTs sooner have profited handsomely. If you didn’t know about NFTs before, this is a good opportunity to start.

The craze for NFTs has prompted a number of artists to convert their works into digital tokens. Buyers for these ‘art-collectibles’ are seeing a similar rush.

NFTs are digital tokens in the blockchain network, to put it simply. The underlying technology that allows cryptocurrencies to function is called a blockchain. A JPG file, music, or a tweet can all be tokenized and transformed into NFT. Any digital item that may be imagined as having value is considered a digital collectible. The term “non-fungible” refers to the fact that each token is one-of-a-kind and cannot be swapped for another.

Twitter’s wealthy founder, Jack Dorsey, recently transformed his first tweet into an NFT, which he subsequently sold for $2.9 million. This NFT is the only one of its kind, confirming its uniqueness.

What’s the Big Deal About NFTs?

The excitement surrounding NFTs is growing at an exponential rate, pushing some people to consider using them as an asset class. There are proponents and detractors of the categorisation.

The popularity of NFTs is unparalleled; previous success of the Internet or any other technology could not have predicted their appeal. Christie’s just auctioned off a digital artwork. A guy going by the moniker ‘Metakovan’ paid $69 million for the NFT. For proponents of NFTs, it was a game-changing moment.

The Christie’s artwork auction triggered a chain reaction, with several NFTs attracting million-dollar bidders. Several people have jumped into the NFT area as a result of the massive amount of money going into it.

Digital transactions will be dominated by NFTs in the future. They’re also at the heart of the Arianee Protocol, which uses digital verification to confirm the authenticity of physical luxury goods. The protocol verifies that the item you’re holding is exactly what it says it is.

Arianee’s ecosystem not only provides this level of assurance, but it also provides a new channel for consumers to communicate with the product’s brand. It’s a completely new and enhanced type of ownership, and it’s all validated via blockchain technology.

Many customers have been enticed to take the leap by stories about NFTs selling for millions of dollars.

There are numerous tutorials available to help customers choose a certain niche in which to acquire NFTs, and various websites have sprung up to meet this demand. Before you buy or sell NFTs, there are a few things you should know.

What Is The Best Way To Purchase something?

Before going on a shopping binge, there are a few things you should know. One would require a digital wallet to store an NFT as a buyer. The second criterion is self-explanatory: bitcoin is required. NFT providers prefer Ethereum (ETH). ETH can be acquired straight from the NFT provider’s website or transferred from any cryptocurrency exchange.

The following are some websites where you can buy NFTs:

One of the most popular venues for purchasing NFTs is Rarible. It’s a free market where vendors can sell their NFTs and buyers can buy them.

Foundation: This is comparable to a community in which artists must get invitations or “upvotes” from other artists or creators before they can share their work. Its exclusivity is comparable to that of ‘Clubhouse,’ a new audio-only social media platform.

OpenSea.io is a peer-to-peer platform that only requires the creation of an account to get started. Art forms can be browsed and selected from several categories.

A number of different websites provide a way to participate in the NFT. SuperRare, Nifty Gateway, VIV3, BakerySwap, Axie Marketplace, and NFT ShowRoom are some of the other websites that offer NFTs. There are similar platforms in India as well.

Selling NFTs can be accomplished in two ways. You can do it one of two ways. Alternatively, an NFT might be mint by the person selling it. Sites like OpenSea, SolSea, and others allow you to create NFTs. After minting the NFT, it can be listed for sale on any number of websites.

It’s critical to realise that the value of NFT will be determined by the price at which it can be purchased. Prices are set by demand. With that in mind, as with any other kind of investing, one should only contemplate purchasing an NFT after conducting thorough research.

Humans and technology have always co-evolved. The difference now is that technology is progressing at a faster rate than it has ever been previously. Innovations are frequently accompanied by unanticipated consequences. The inventors of the laptop most certainly had no idea that their machines would inspire flourishing migratory communities around the world, or that checking emails while in bed would make it difficult to detach from work. The truth is that all breakthroughs have unintended consequences.

It’s encouraging to learn that blockchain’s founders created the technology with the goal of democratising and uplifting the world’s population. It will be vital for the founders to remain faithful to their values, even as money, influence, and acquisition proposals from large corporations begin to pour in. As we approach a new period of futuristic technology advancements, everyone of us has the ability to mould this new world and our society by our decisions. This evolution is still in its early stages. Let us go into it with an understanding of the world(s) we want to be a part of, who we give power to, and how we determine civilization’s destiny.

Most expensive NFTs sold, Read the 4 points below