Motorola Moto E22s will launch on October 17 in India 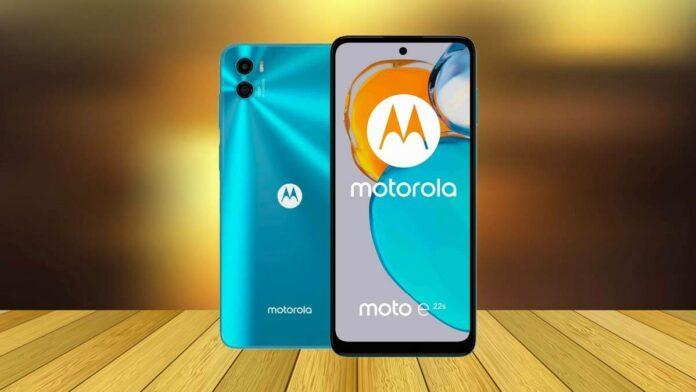 Motorola has been working on the Moto E22 smartphone lineup and recent leaks suggest a launch is around the corner. Moto E22s has now been tipped to get a premium-looking design and is due for a launch on October 17th. The E22s were launched in European markets in August last week.

The E22s is an affordable smartphone with an Helio G37 SoC, Android 12, 4GB of RAM, and 64GB of internal storage. Let’s have a look at its detailed specifications.

Moto E22s will have IPS LCD technology with a 90Hz refresh rate, 20:9 aspect ratio, and a pixel density of 268ppi. The display has a hole-punch cutout in the top center. The operating system will be Android 12 OS. The packaging will be an IP52 weatherproofing certified body. The device has also been tipped to get a side-mounted fingerprint sensor and face unlock for biometric authentication.

For photography, the E22s is teased to come with a dual rear camera setup comprising a 16-megapixel main sensor and a 2-megapixel depth sensor. For selfies and video chats, there will be an 8-megapixel front camera.

The smartphone is listed to be powered by the MediaTek Helio G37 SoC, paired with 4GB of RAM. The Moto E22s offers 64GB internal storage, which can be expanded (up to 1TB) via a microSD card. The Indian variant of Moto E22s will be backed by a 5,000mAh battery with support for 10W charging. For connectivity, it will come with a 3.5mm headphone jack, Bluetooth 5.0, dual-band Wi-Fi, GPS, and 4G connectivity.