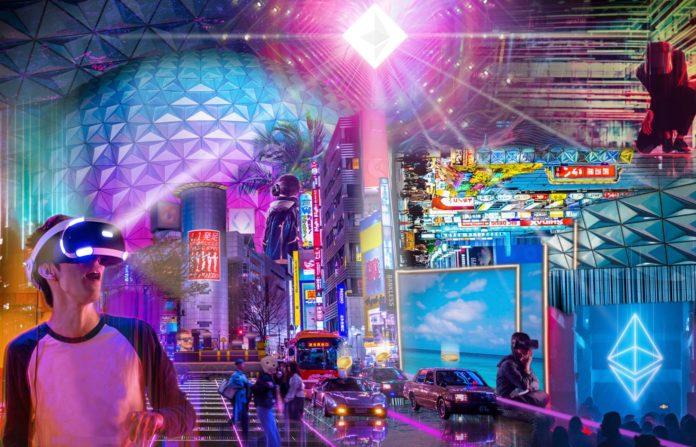 Metaverse has been described accurately by writer Nick Bilton and his statement reads, “One day soon, we’ll be hanging NFTs [non-fungible tokens] on the walls of our digital homes and buying Balenciaga tops for our digital selves.”

Metaverse is a centralized virtual world that has piqued humanity’s interest and inspired innovation for a long time. The concept came into existence in the 1992 dystopic novel Snow Crash. But its earlier, raw versions existed in the form of online gaming and chatting communities like AOL, World of Warcraft.

However, this thirst for creating a  virtual world has led to the development of technologies such as digital glasses, headsets, contact lenses. The metaverse was a layer to the real world. However, this virtual and our physical world are parallel with each other.

“Whether in virtual reality (VR), augmented reality (AR), or simply on a screen, the metaverse promises to allow a greater overlap of our digital and physical lives in wealth, socialization, productivity, shopping, and entertainment,” TIME noted. “These two worlds are already interwoven, no headset required.”

however, there might be some underlying risk involved in this metaverse which we might not be aware of right now. This happens when we are fixated with a second life, a digitally constructed one in this matter. it’s wildly fascinating and innovative and it allows people to virtually attend concerts together, build structures and do much more. It’s easy and efficient.

This new digital universe or simply metaverse is a logical extension of our digital lives and it has everything ranging from NFTs, cryptocurrencies, hybrid offices, online social communities, and video calls. It tap’s into a desire for longevity, of finding ways to extend our experiences.

“The metaverse represents a techno-optimist vision for a future in which culture can exist in all forms at once,” writer Kyle Chayka explained in The New Yorker. Some even argue that people are “growing up with the expectation that a large part of their future will exist in the metaverse.”

but the advent of the metaverse is going to have an even more severe impact than what the advent of Social Media had caused. For instance, the metaverse will change how we interact, and building up a digital life will start seeming more important than the physical one. It will provide an escape for people from their actual problems to the world of their creation.

The day that Facebook shut down felt like a “digital apocalypse,” as people were disconnected immediately from uploaded lives. And metaverse will have a much worse impact than that on our society.

With Facebook now Meta, openly encouraging Metaverse and developing the tech for this digital universe it brings us to the problem of online hate. Facebook has been miserable in understanding and identifying the spread of hate speech and messages written and stated in regional languages of non-western countries. Will the online hate be extended to Metaverse is the question. And if so, won’t its impact be much severe than what it’s today?

Metaverse is the next big thing after the internet and it will change our lives but the change will be irreversible.

Cybersecurity: Data of about 6 lakh Indians is reportedly being sold online for Rs 490 each