Manchester United crashes out of the Champions League 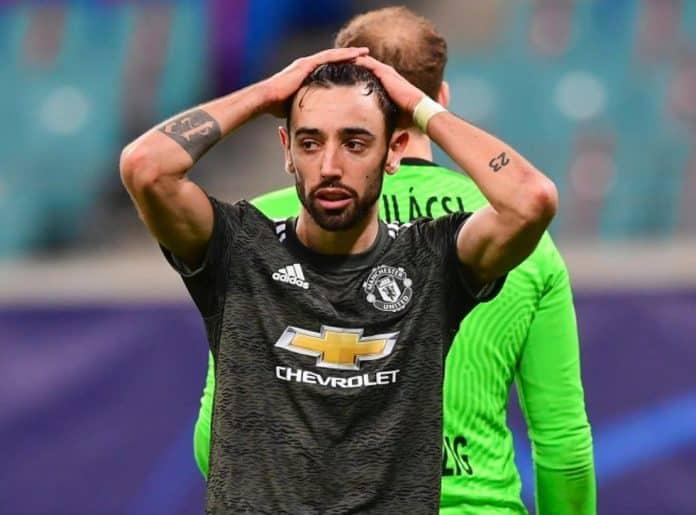 After having a great start in UEFA Champions League beating Paris Saint Germain and RB Leipzig in the first two games of the group, Manchester United failed to maintain its momentum and failed to qualify for the knock-out stage and headed to the UEFA Europa League.

Manchester United travelled to Germany to face RB Leipzig keeping in mind that they just need one point to qualify. But they were shocked by how the German team started the game. RB Leipzig took the lead in the 2nd minute by Angelino and doubled the lead at the 13th minute by Amadou Haidara. Justin Kluivert scored the goal in the 69th minute. In the second half, Manchester United tried to get back into the game. They scored back to back two goals in the 80th minute and 82nd minute. But that was not enough.

After the game, Ole Gunnar Solskjaer said to BT Sport, “You can’t give a team a 3-0 lead and expect to get through.”

“Unlucky towards the end, you almost thought it was in at the last minute.”

“The turning point was the big defeat to Istanbul. That is when we lost the points we should have had.”

Manchester United captain Harry Maguire said, “There are 11 bodies out there who have got to go out there and be aggressive. It is the basics of football, if you don’t block crosses you won’t win matches.”

“We started the game too slow,” he told BT Sport.

“The second-half we gave everything. We have to look at ourselves. The amount of chances we had. Ultimately we started too slow.”

After leading the group in the first four games United failed to collect just one point from the last two games. It will surely put more pressure on the team and on Ole Gunnar Solskjaer as well.