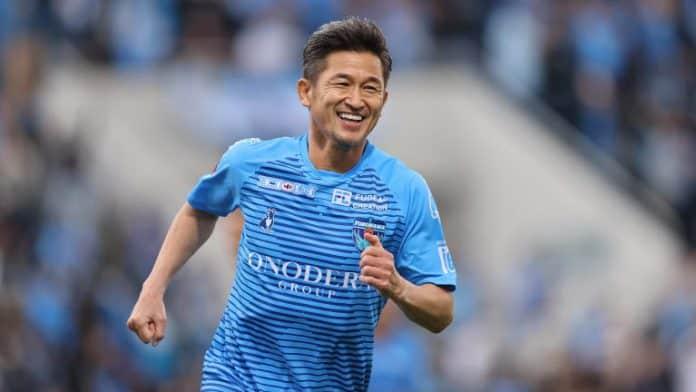 Kazuyoshi Miura was born on 26th February 1967 in Shizuoka, Japan. He started his career in Japan. In 1982, he left his country and travelled alone to Brazil at the age of fifteen to become a professional footballer there. There he signed for Club Atletico Juventus, a club in Sao Paulo. In 1986, he signed his first professional contract with Santos. The Japanese have played in some other Brazilian club as well. He becomes the first Japanese player to be played in Italy, joining Genoa in the 1994–95 Serie A season.

In 2005, he joined Yokohama FC and he still a part of the team. In his long illustrious footballing career, he has made 763 appearances and scored 221 goals.

Kazuyoshi Miura made his international debut in 1990. He has made 89 appearances for his country and scored 55 goals. He has won AFC Asian Cup with his country in 1992.

After signing the new contract with Yokohama FC he said, “I don’t think I’ll ever leave football.”

“When I signed my first professional contract in Brazil at the age of 18, I never imagined that I would play until this age. I have been able to do this because I have put all my energy into football every single year.”- he added.