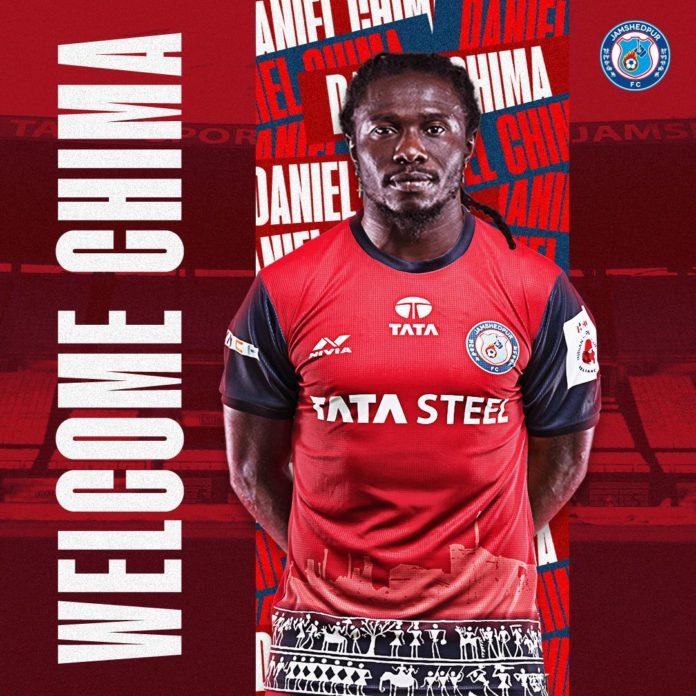 Jamshedpur FC completed the signing of Nigerian forward, Daniel Chima Chukwu for the remainder of the Indian Super League (ISL) season. Chima, who has amassed a total of 273 appearances in his professional football career, scoring 93 goals and assisting another 44, will don squad number 99 for Jamshedpur FC.

On signing the dotted line, the 30-year-old Chima said, “I am delighted and honoured to have signed for a prestigious club like Jamshedpur FC. I am really happy the club saw my potential and that the coach and management put faith in me. I will fight my level best to help the team reach their deserved target and bring glory and smiles to the fans of Jamshedpur.”

Chima helped Norwegian heavyweights Molde FK to three league titles and guided them to two Norwegian Cup titles during his first stint with the club between 2010-2015. The Nigerian also celebrated two of his three league titles with former Manchester United manager Ole Gunnar Solskjær, who was in charge of Molde from 2011-2014.

Jamshedpur FC Head Coach, Owen Coyle was delighted to get Chima on board as he said, “Chima is an outstanding player who knows how important it is to be part of a team. He is a proven winner who will add to our already exciting strikers. He was my immediate target and we are delighted to bring him to Jamshedpur FC at an important time of the season and we look forward to working with him.”

Besides Molde, Chima has also turned out for Legia Warsaw where he played games in the UEFA Europa League and UEFA Champions League. He also had various adventures in China as he played for Shanghai Shenxin, Heilongjiang Lava Spring and Taizhou Yuanda.

Chima signed and played for SC East Bengal in the 2021-22 season before leaving the club to join Jamshedpur FC. The Nigerian will complete his mandatory quarantine as per league’s protocols before joining Owen Coyle’s squad for training.