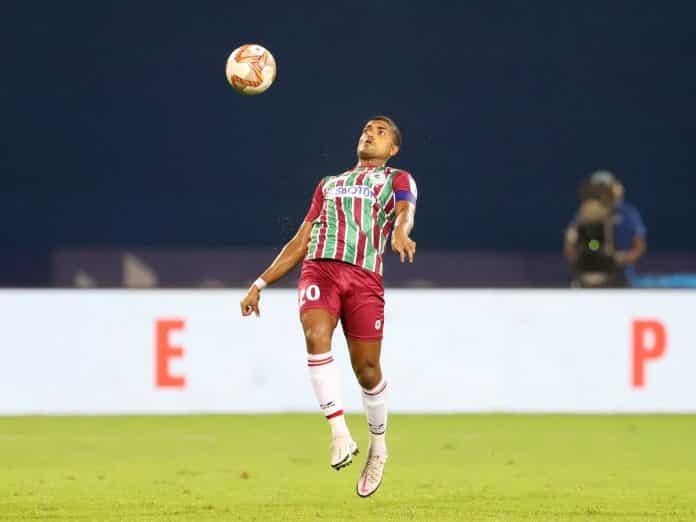 The first half on Thursday was for both the teams as they both failed to take the chances and had to make some changes as Manvir Singh was handed his first start with ATK Mohun Bagan this season. However, ATKMB dominated and constantly created pressure on the opposition box and Odisha was better with the defense.

In the 38th minute, a dangerous free-kick was seen as Cole Alexander sent in a dangerous cross into the box. ATKMB also created a few dangerous chances but missed out to finish them.

The second half was threatening and entertaining both as two of the teams played fiercely. In the second half, first shot on target came from Odisha as Diego Maurício forced a save from Arindam Bhattacharya with his right-footed shot. ATKMB nearly took the lead in the 55th minute, when Cole Alexander’s scraped clearance ended up into his own net, However, the goal wasn’t given as Manvir Singh was already judged to have handled the ball in the build-up.

In the 95th minute, Tiri sent the ball into the box and Sandesh Jhingan flicked the ball towards the goal, which was headed in by Krishna and helped ATKMB to stretch another win in three consecutive matches by staying on the tabletop.

ATKMB has not only won three back-to-back matches but is also yet to concede any goal by being on the tabletop in their debut season and definitely has the potential to defend the ISL title if they remain like this.

The Bleachers are Going Silent: Exploring the Decline of ISL and I-League Match Attendance