IPL 2021 – RR vs KKR: Fantasy XI team, prediction and how to watch the match live in India? 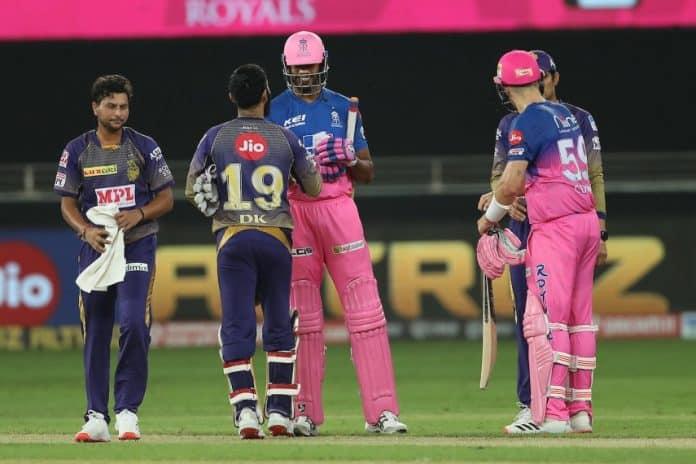 Rajasthan Royals slumped to a 10 wicket defeat against Royal Challengers Bangalore in their last match. The two openers, Devdutt Padikkal hit a century (101*) while Virat Kohli became the first batsmen to score 6,000 runs in IPL as he smashed 72* to take his team to a 4 match winning run. Sanju Samson’s men would like to bounce back from that horrifying defeat. They will face KKR tonight.

Kolkata Knight Riders lost their last match against Chennai Super Kings as well, but the form of Andre Russell and Pat Cummins were a welcome boost to the team. From 31/5 they took the total to 202/10. Cummins was in the mood to take the match home but wickets at the other end kept falling and he was the last man standing after a superb 66* from 34 balls. KKR would hope to convert their good form to a victory against RR.

The match will be played at Wankhede Stadium, Mumbai.

You can catch the live streaming of the RR vs KKR IPL 2021 match in India on Disney+ Hotstar.

IPL 2022 Finals: It’s a win for Gujarat Titans over Rajasthan Royals by 7 wickets