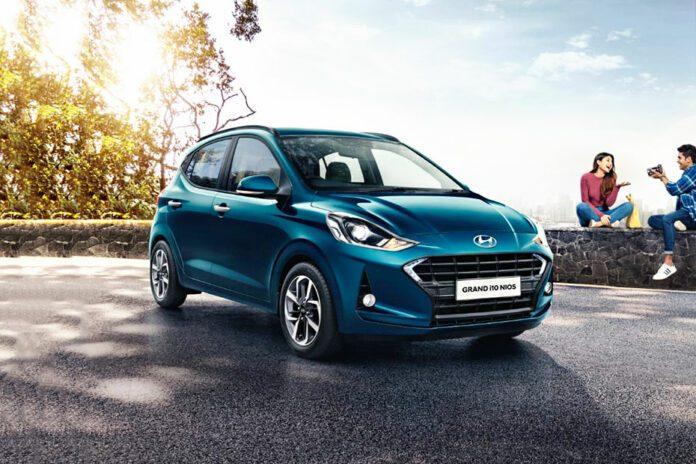 The Hyundai Grand i10 Nios is getting ready for a makeover about three years after its premiere in India. While a test mule was previously discovered in South Korea, this time a test unit has been spotted in India, close to the company’s Chennai plant.

Major feature updates are unlikely for the i10 Nios because it competes in a price-sensitive market. The Hyundai i10 is already a feature-rich vehicle that competes with models like the Maruti Swift, Tata Tigor, Tata Punch, and Renault Triber. The i10 Nios is anticipated to be on sale in 2023, which is also when the next-generation Swift will make its debut. The i10 Nios will be better equipped to compete with the new Swift.

Recent spy images are credited to Raja, an auto enthusiast. He has seen both the export-spec left-hand drive Grand i10 NIOS and the India-spec Grand i10 NIOS. Even though the front, side, and rear sections have been wrapped in camouflage, it’s not too difficult to identify the new features.

The quad-shaped upgraded LED DRLs are the most noticeable. The current i10 Nios sports LED DRLs in the form of an arrow. Other characteristics, such projector headlights and the form of the fog lamp casing, seem to be unchanged as before. The front grill may have seen some minor modifications, although the camo makes it difficult to tell.

The side profile is virtually unchanged from before. The new set of alloy wheels, which appear sportier than the ones used with the old model, is one exception. Additionally, the rear area can receive some minor improvements like new tail lamps.

The latest Grand i10 test mule was spotted in a sky blue colour when it was last spotted in Germany. If this colour is offered here, it will be a fresh variation on the hatch’s current colour palette.

The sky blue colour seems to enhance the car’s attractiveness, making it much more appealing. As of right present, the i10 Nios in India lacks a specific blue tint. Only Fiery Red and Aqua Teal are offered as interesting colour options for the i10 Nios. The rest are the typical shades of white, silver, and grey.

The inside of the 2023 i10 Nios facelift may have features including as revised dashboard with new design elements, a new instrument console, freshened upholstery, and interiors that have been spruced up. Even though the i10 Nios already features the best-in-class 8-inch touchscreen infotainment system with smartphone connectivity, a larger touchscreen is still conceivable.

The current engine choices will be maintained for the 2023 facelift of the Hyundai Grand i10 in India. There is a 1.2-liter gasoline engine that produces a maximum of 83 PS and a maximum torque of 113.8 Nm. Both the 5-speed manual and clever auto AMT are available as transmissions. The 1.0-liter turbocharged petrol engine, which generates 100 PS and 172 Nm, is available for users seeking a sportier level of performance.

From Mahindra to Hyundai and MG, Here are all the upcoming cars launching in January 2022