Heung-min Son : Arguably one of Asia’s grestest ever player 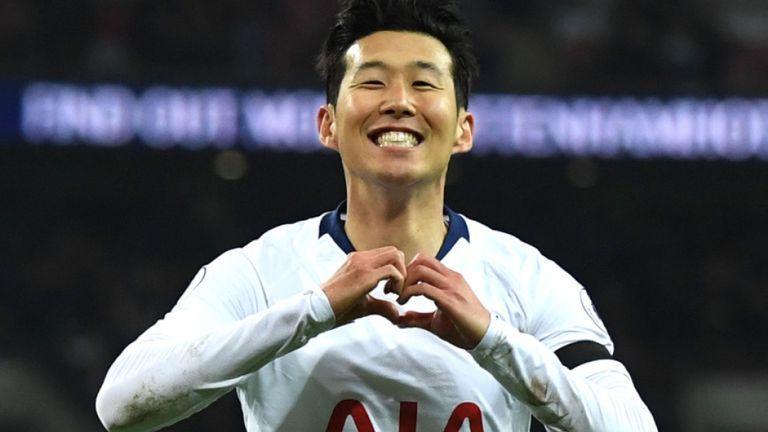 Tottenham Hotspur forward Heung-Min Son has credited his love for football for his fine form for both his club and his country South Korea.

Heung-min Son signed for Tottenham Hotspur for £22 million in 2015, becoming the most expensive Asian player in history. While at Tottenham now, he has become the top Asian goalscorer in Premier League history.
Son has represented South Korea at the 2014 and 2018 FIFA World Cups. He is South Korea’s joint highest scorer at the World Cup alongside Park Ji-sung and Ahn Jung-hwan with three goals. He was the captain of South Korea at the 2018 Asian Games where the team won gold. He also played in the 2011, 2015, and 2019 editions of the AFC Asian Cup, finishing runners-up in 2015.

Son had not carried out the two-year mandatory military service expected of his countrymen and faced being called up if South Korea failed to win the final in the Asian Games. But the victory in the final, gave the whole South Korea squad an exemption from the two-year mandatory military service and ensured an end to the uncertainty surrounding Son’s football career.

In the absence of Harry Kane and Dele Alli in recent weeks, the South Korean has stepped up and has become the go-to guy for Tottenham. He has been one of the stand-out performers in the Premier League this season, according to Jamie Carragher.

The Spurs star been one of the revelations of the 2018-19 season and has scored in his last four games in all competitions, taking his tally to 16 goals in 32 appearances.
Since returning from international duty with South Korea at the end of January, having played at the Asian Cup, Son has scored in all four Spurs games, including late, decisive goals against Watford, Newcastle and Leicester.

“I’m just trying to enjoy every moment,” Son said. “Honestly, there’s no better thing than football for me, and I’m happiest when I’m playing football. I don’t have much stress really, but I get rid of stress by playing football. I think that is how I can keep going. I have no issues with my fitness level at the moment.
Sometimes, when there are some hard times for me, I can still keep thinking about football. I always feel thankful for having a chance to play football.”

Tottenham’s 3-0 Champions League result over Borussia Dortmund made it 13 wins out of 13 when Son Heung-min scores, much to the delight of Mauricio Pochettino.
“Next time Son scores I will go to the dressing room, have a shower and wait for the game to finish,” Pochettino joked to the media. “Son was fantastic again, he’s doing fantastic. He’s a player that provides the team with a lot of very good things. His smile, he translates good energy and his performance in every game is improving. We’re so happy.”

Son’s Tottenham teammate Jan Vertonghen hailed him, saying the “special” attacker was one of the best players in the Premier League.
“I have played with some great players and against some great players, and Sonny is special,” he told UK newspapers. “He is so humble and I think you underestimate that because of the work he puts in. Then his quality – outstanding left foot, right foot. He can play striker, left wing, right wing, he can play as a [number] 10, he played as a wing back. He’s an outstanding player. I am not going to say he is at the level of whoever, but he’s one of the best in the Premier League.”

Heung-min Son has been rewarded for his superb form. He is reportedly set to earn a second pay rise in twelve months following his impressive form for Tottenham. He has only signed a five-year contract in July, but the Spurs hierarchy are ready to offer him another new deal before the start of next season. According to Mail Sport, Son currently earns around £110,000 per week but can expect similar terms to Dele Alli who earns £150,000 per week.