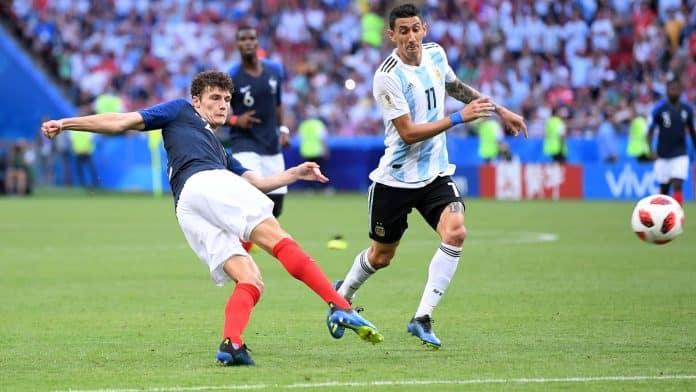 Following England’s 100th World Cup goal courtesy of Marcus Rashford against Wales, social media has been alight with replays and compilations of the landmark moment. But could this sensational goal be England’s contender for Goal of the Tournament in the FIFA World Cup Qatar 2022?

Pavard’s stunning strike against Argentina in 2018 helped France to level the playing field at 2-2, before his team went on to secure a 4-3 victory. More than three million fans voted in the poll to determine the Goal of the Tournament, with Pavard coming out on top, thanks to his incredible outside-of-the-boot volley. The goal helped to launch France to the finals, where they celebrated a 4-2 win over Croatia.

Pavard’s goal also claims the top spot when it comes to YouTube views, with more than 5 million fans coming back to relive the unforgettable moment time and time again.

Rodriguez secured Columbia a place in the quarter finals at the 2014 World Cup in Brazil after scoring a spectacular volley against Uruguay. The midfielder started out with his back to the goal, before turning around to fire the ball straight off the underside of the crossbar and into the net in the perfect demonstration of skill and timing. The goal was later described by Uruguay manager Óscar Tabárez as “one of the greatest goals the World Cup has ever seen.” With over 2.8 million views on YouTube, it’s clear the fans agree.

Described by Maxi Rodriguez as ‘a career highlight’, his extra-time match winning goal against Mexico in the Germany 2006 World Cup was one for the history books. After a series of passes, the ball went to Rodriguez, who bounced it off his chest before launching it into the goal at lightning speed. Despite being scored more than sixteen years ago in 2006, it’s clear that this goal has staying power in the minds and hearts of fans, racking up more than 600 thousand YouTube views.

Although it wasn’t enough to secure the win for Uruguay against Germany, Diego Forlan’s breathtaking goal and stunning display of technique netted him the coveted Goal of the Tournament award in 2010. This World Cup was well known for the now infamous Jabulani ball, with experts concluding that the ball may have been ‘too round’ to fly straight, making Forlan’s mastery over it all the more impressive. Although this goal ranks lowest on our list, it still commands an impressive viewership with over 100 thousand YouTube views.