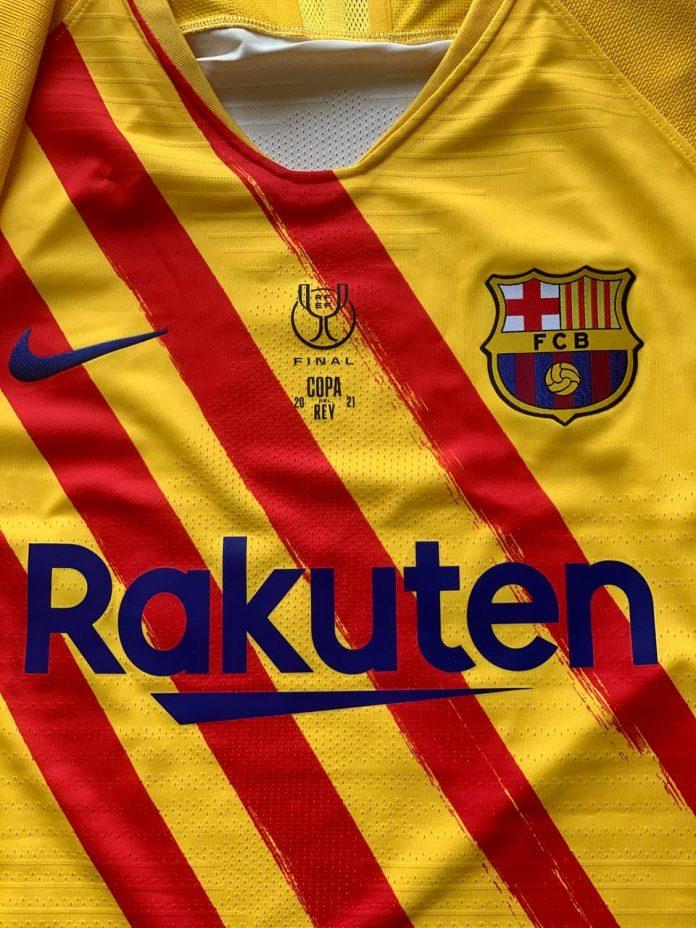 FC Barcelona is set to play the Copa Del Rey final against Athletic Bilbao tomorrow. Two historical clubs is ready to lock their horns for the single title.

However, FC Barcelona will not play this match in their traditional home kit. Surprisingly they will not wear either of their away and 3rd kit as well.

The club has confirmed that the Cules will wear a Catalan-inspired shirt for the Copa del Rey final. It has been inspired by the flag of Catalonia.

The Senyera Estelada – translating into English as the starred flag – is the flag of the North-Eastern region of Spain. Barcelona is the capital of that part. The flag is commonly flown by Catalan nationalist supporters. To respect their movement, the club has come up with a new idea.

Earlier, yellow and red colors accompanied with a touch of blue was the FC Barcelona’s away kit. But this season club’s away kits have been all-black kits and pink shirts.

However, FC Barcelona are aiming to win their first trophy since the 2018/19 campaign. The Cules made an excellent comeback against Sevilla in the semi-final to book a place in Copa del Rey finals.

FC Barcelona was 2-0 down in the first leg. But the Cules were so determined to turn this around from the very start of the game. Ousmane Dembele found the net in the first half to pull Barcelona to within a goal on aggregate, however, the Catalonians were unable to find a second until Gerrard Pique scored the second in the injury time via a header from an inviting cross from Griezman.

The Ronald Koeman’s men are determined to win the first trophy of this season.