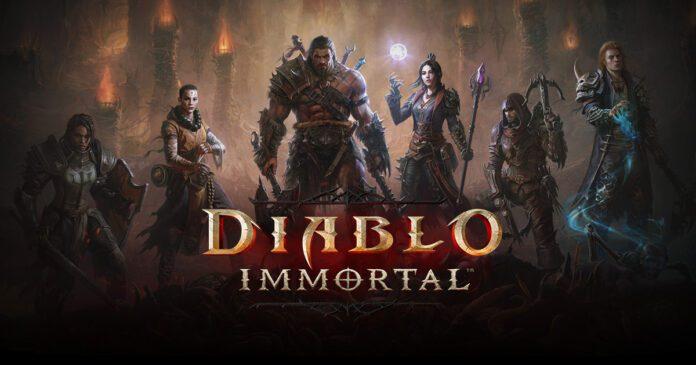 Community Lead PezRadar recently revealed a baseline roadmap for Diablo Immortal’s 2023 on the official Diablo Immortal subreddit, confirming that the new year will bring a new class, a new competitive mode, and more.

To begin, PezRadar stated that Diablo Immortal updates will be released quarterly. Throughout 2023, four major updates will be released, with improvements to clans, social features, and overall moment-to-moment gameplay. They refer to the gameplay as the “core of the Diablo experience,” and they plan to add variety by releasing new legendary items, which will “broaden Class build options.”

They also tease a new competitive mode, but, like the new class, offer no details on what this might entail. They also reveal that a fishing minigame will be added sometime next year, which will undoubtedly please fishing minigame fans. The roadmap, as expected, includes some narrative additions to the gameplay experience. It will include new main questlines and side quests to “further develop Sanctuary’s inhabitants.”

The post concludes by inviting the community to respond with their feedback and any relevant questions, so if you want to tell Blizzard what you want from Diablo Immortal.

The Reddit community took that request to heart, as the responses rarely mention anything related to the 2023 roadmap, instead requesting changes and adjustments to Immortal’s current suite of content, such as allowing players to use unused runes in some efficient way, adding a target dummy for build testing, and an overall patch to Battleground, which frequently has woefully unbalanced gear matchups. Some responses are more directly related to the post, requesting that the new class be the Druid and new skills for existing classes.

Diablo Immortal: Everything We Know About the Pre-Registration, Release Date, and Classes