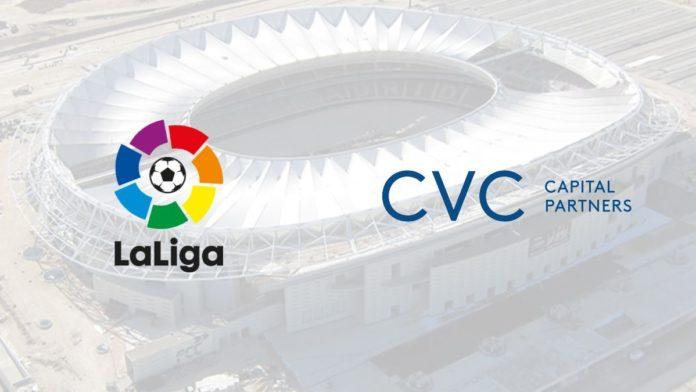 CVC Investments has angered some of La Liga’s best clubs, notably Real Madrid, Barcelona, and Athletic Bilbao. In August of this year, 38 of the 42 clubs in Spain’s top two divisions voted in favor of CVC’s $3.1 billion investment in the league, while the top clubs voted no.

Not only did Real and Barca vote against the deal, but they have now responded with a counter-proposal. The alternate plan, according to a document seen by Bloomberg, entails the creation of a special purpose corporation to raise US$2.3 billion in debt.

The monies would be dispersed to clubs in the same proportion as the CVC agreement. The teams would then reimburse US$130 million in media revenue every year for the next 25 years.

According to Bloomberg, the cost gap between the two plans is significant for teams. According to the report, the latest option assumes a three percent interest rate, compared to a 9.9 percent estimate for the CVC proposal. The three clubs are said to be working on the plan’s finance with Bank of America, JPMorgan Chase, and HSBC.

Reason Behind the CVC Deal

The reason is unclear, but according to some reports, Barca and Real are unhappy because, under the CVC proposal, 11 percent of future La Liga media rights profits for the next 50 years must be provided to CVC in place of funding.

Unlike Barcelona and Real Madrid, La Liga’s Javier Tebas supports the CVC proposal, which the league is expected to adopt at its next board meeting.

The news is beneficial for India’s CVC Capitals Partners. Despite strong opposition from one segment of the BCCI, their investment in an IPL franchise is likely to be approved by the board. The BCCI and IPL Governing Councils are expected to approve CVC Capital Ventures’ ownership of the Ahmedabad club, with an announcement expected next week.

About the IPL Franchise

It’s worth noting that on Saturday, the BCCI formed a neutral panel to investigate CVC Capital Partners’ ownership of the Ahmedabad franchise. Although the panel has not yet issued its formal report, initial indications suggest that the investment company will receive a GREEN-CHIT from the panel and the BCCI.

However, due to their investments in betting organizations, CVC’s acquisition of an IPL franchise has been questioned. Tipico, a sports betting and online gambling company is listed under the ‘portfolio companies’ section of the CVC Capital Partners website. Sisal, a betting gaming and payments consumer/retail company, provides another link between the gaming and betting industry.

The BCCI has had to go through a lengthy due diligence procedure as a result of this. According to sources, the board has obtained at least a half-dozen legal opinions since then, the majority of which have cleared CVC control. Finally, on Saturday, the IPL GC convened a neutral panel comprised of legal luminaries to render a decision on the Ahmedabad franchise.