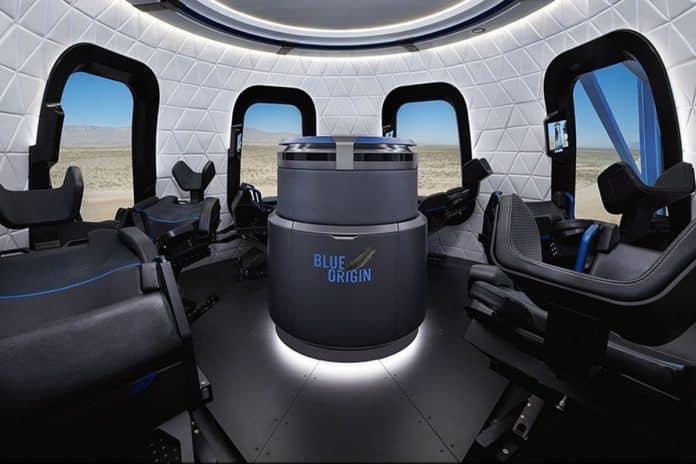 Elon Musk’s SpaceX and Jeff Bezos’ Aerospace vehicle manufacturer Blue Origin, are the biggest competitors in the field of manufacturing launch vehicles and other space crazy rockets. with both the companies eyeing for Mars, it’s just a matter of time before we see which company flies off first.

According to sources, the space agency owned by Bezos has secured a temporary flight restriction (TFR) from the Federal Aviation Agency (FAA) for its flight test facility near Van Horn, Texas. It indicates that the company might conduct a test of one of its launch vehicles later this month.

The TFR has restricted airspace movement in the skies above Van Horn from April 14 to April 17. The agency stated the notice to airmen is to “TO PROVIDE A SAFE ENVIRONMENT FOR ROCKET LAUNCH AND RECOVERY” for space operations.

Blue Origin conducted its first launch for this year in January when it launched the NS-14 mission to test sub-orbital human spaceflight capabilities. It was then when the company tested its fourth-generation New Shepard rocket. Using its new Shepard rocket, the space agency hopes to undertake private suborbital flights in addition to science missions for the National Aeronautics and Space Administration (NASA).

According to sources, we have also heard that Blue Origin is also developing the New Glenn heavy-lift orbital launch vehicle. The New Glenn uses the company’s BE-4 engine with liquefied natural as its fuel to generate more thrust than the SpaceX Merlin 1D.

In 2015, when the company tested its New Shepard, it became the first private rocket manufacturer to land a rocket vertically in November 2015 successfully. However, it is yet to conduct operational missions with the rocket. Its design approach is much different than SpaceX’s, which follows’ s rapid test, rapid failure methodology.