“Bhaukaal (Season 2)”: Mohit Raina‘s Cop Series has been renewed for the second season 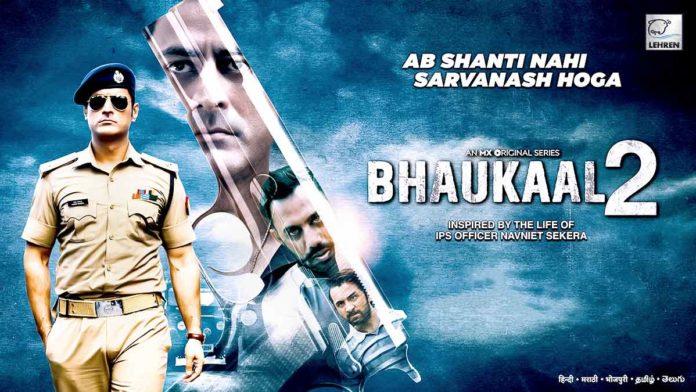 MX player has dropped the trailer of the cop series Bhaukaal 2 and it seems that the second season will definitely give some vibe to the audience very deep into the crime nexus that has been revealed in the show.

In the second season, we will be going to see Mohit Raina play the lead role and the character revolves around an IPS officer Navneet Sikhera who had been responsible for the elimination of the crime syndicates in Uttar Pradesh in the early 2000s. Basically, this series is based on such real-life events.

In the first season we had seen he is dealing with the two notorious gangs of the city, the Shaukeen gang and the Dedha Brothers, the first season was ended with such a cliffhanger and the second season may reveal both gangs as seems in the trailer.

Now the 2 min 19-second trailer is a complete packed high-octane action and gunshots. It seems that the ‘Dedha’ brutality is at the peak but still, Naveen is able to determine and eliminate both Chintu and Pintu

On the talking about the real-life hero  Raina said, “ Since my role is inspired by a real-life Singham, I wanted to go the extra mile for justice with many of the characters. We never realize the sacrifices that these men in khaki make for us.

Whether it is working planned shifts or being called into duty for emergency responses and all the hands-on the feck situations, there are also so many times when law enforcement officers are called away from their families and are forced to miss holidays, birthdays, kids’ games, school events and many more. This role for me was a small way of saying thank you to these brave hearts who put everything else on hold  for their  duty to the nation.”

It is a crime drama series that has been written by Akash Mohimen, jay Sheela Bansal and Rohit Chauhan. The first season contained 10 episodes. It has been returned by Sameer Nair, Deepak Segal, Pammi Baweja, Harman Baweja, and Vicky  Bahri happen under such a banner of Applause Entertainment in the association with Baweja Movies.

This series will start to premiere on 20th January 2022.

Most gripping shows and films on MX Player and Amazon Prime in case you missed watching it..!