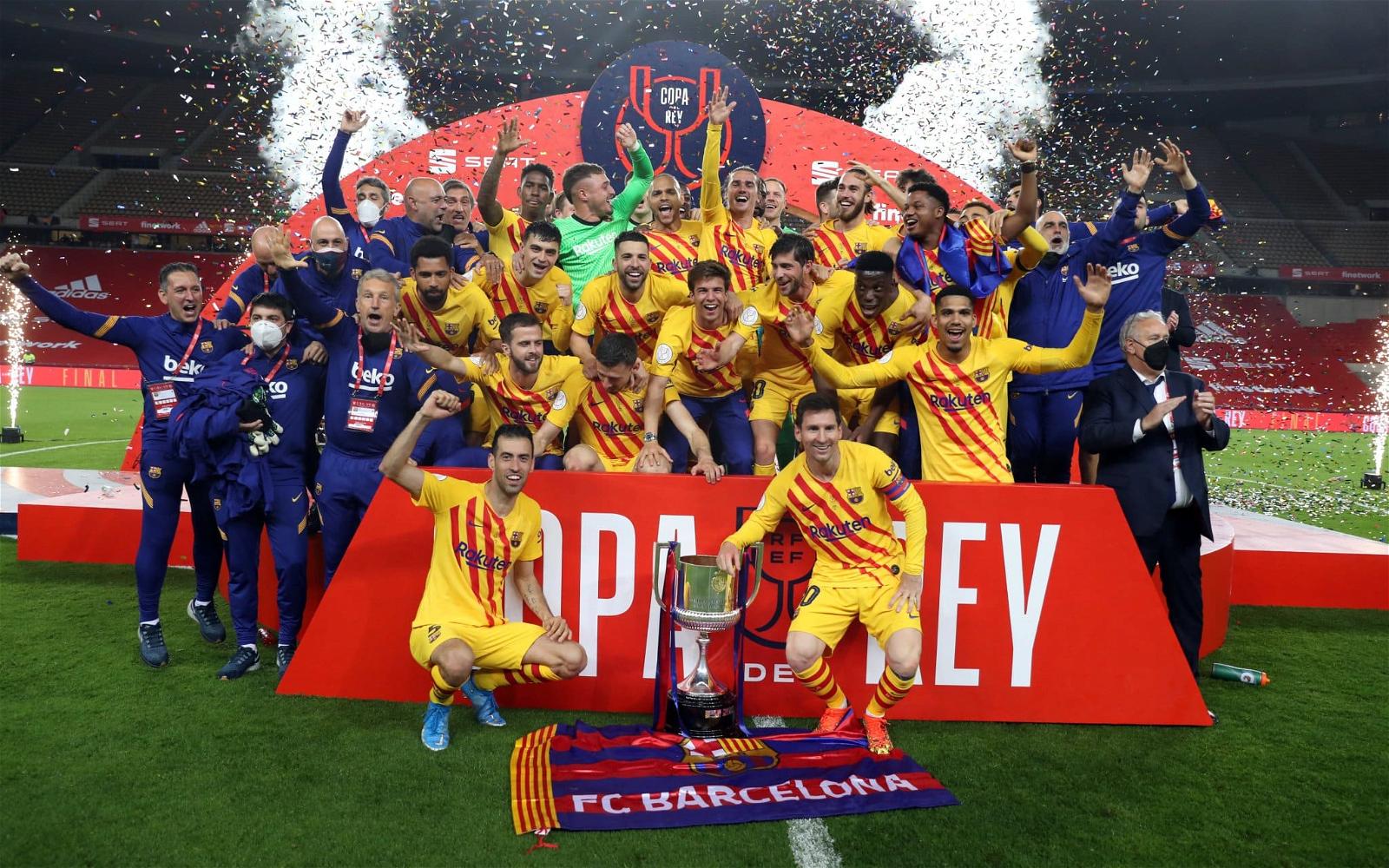 Barcelona lifted this season’s Copa Del Rey after beating Athletic Club 4-0 on the night, with Leo Messi scoring twice alongside a goal each for Frenkie de Jong and Antoine Griezmann. It could have been five for the Catalonians on the day, but Griezmann’s last goal was disallowed.

Leo Messi was reflective after the victory and appreciated the team effort and the display amidst the difficulties faced by the club.

“I am really happy for this group of players because they deserved some happiness,” he told Barca TV. “It’s really special to be the captain of this club, where I have spent my whole life, and it’s a really special Copa for me, to be able to lift [the trophy].”

“It was a difficult year for us so to be able to celebrate this trophy and now to go for La Liga is really important,” Messi added.

“More than anything, it’s been a different year for us, a transition year, with a lot of young players coming in. [Now] the team’s getting stronger. We’ve won this trophy and there’s still a long way to go in La Liga. A lot’s going to happen between now and the end of the season.”

Frenkie de Jong and Jordi Alba assisted two each of the four goals, and the Dutchman added to them by getting on the scoresheet himself.

Bilbao will be thoroughly disappointed with the loss, since they already missed out on previous year’s Copa del Rey trophy to rivals Real Sociedad only two weeks ago. And for Barcelona, it is revenge for their loss in the Supercopa earlier this season.