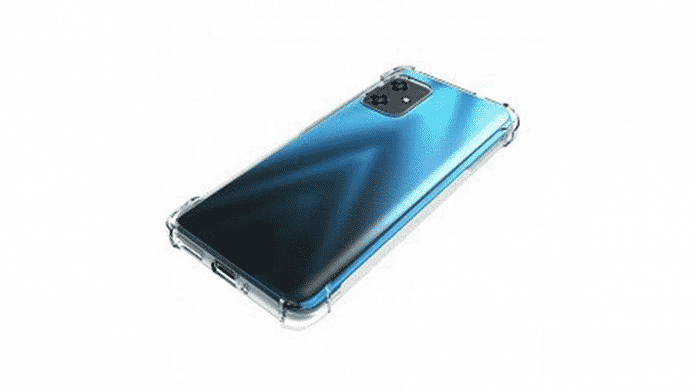 ASUS ZenFone 8 series is expected to launch on May 12 and recently some images of the case render for the ZenFone 8 Mini smartphone have surfaced, which gives us an idea of the build of the smartphone. The transparent smartphone cover showcases the backside of the phone in the leaked images.

The renders reveal the provision of a volume button and a power button on the side along with the existence of a headphone jack. It is expected to come with a Type-C jack.

The backside view reveals an elaborate rectangular-shaped camera module. It consists of dual cameras and an LED flash. If one were to go by rumors, the rear cameras are using the IMX686 and the IMX663 sensors. It has already been confirmed by ASUS that the front camera will be a punch hole camera. The pixel information regarding the front camera is unknown as of now

The ZenFone 8 Mini is expected to have a screen length of 5.92 inches, an AMOLED display offering a Full HD+ resolution of 1080 x 2400 pixels, and a refresh rate of 120Hz. It will be powered by the Snapdragon 888 mobile platform and will be the most compact device to do so.

The case renders reveal no provision of a fingerprint scanner at the back, and this confirms that the ZenFone 8 Mini will have an in-display fingerprint scanner. The battery is rumored to be a 4,000mAh one and the device is expected to support fast charging. The device will come with the Android 11 based Zen UI version.