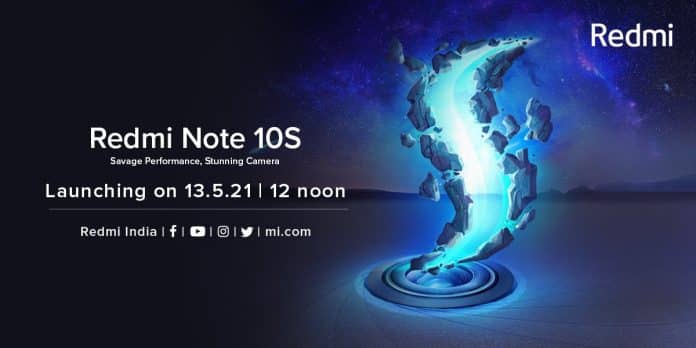 So after a hint with the retail box and a few specifications and features about a new smartphone Redmi has finally revealed that the Redmi Note 10S will now launch in India on May 13. The smartphone has found its landing page created on the official India website of the company as well as in Amazon India.

The phone is the exact same device that was launched globally last month along with other Redmi Note 10 series devices. The company has also hinted few specifications and features of the smartphone. The launch will be live telecasted via the company’s official social media platform from 12 noon onwards that day.

The Redmi Note 10S is expected to have MIUI 12.5 Out of Box, a 64MP Rear Camera, Hi-Res Audio, Super Display, and a Big battery. These specifications are the one which is hinted in the box by the company. The company will share more information on the device in the coming time.