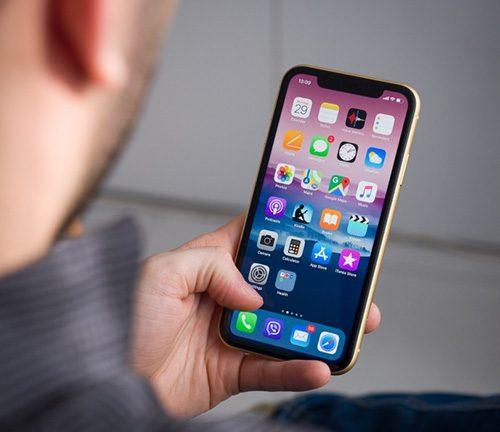 The iPhone SE is expected to adopt an iPhone XR-like design in its next iteration, according to the Chinese website MyDrivers and leaker Jon Prosser. This would entail doing away with the Home button and adding a “notch” cutout to the top of the display. Since Apple’s “SE” products have traditionally included the designs of more dated gadgets, the transition appears inevitable.

The smartphone is not anticipated to go on sale until 2024, but insightful display analyst Ross Young recently revealed that Apple is considering a number of options for the upcoming iPhone SE.

Young claims that Apple is considering using displays for the fourth-generation iPhone SE from two different sources that range in size from 5.7 inches to 6.1 inches. It is important to note that the iPhone XR, the smartphone on which the upcoming iPhone SE is allegedly based, had a 6.1-inch display. Additionally, Ming-Chi Kuo, an analyst for Apple, earlier stated that Apple was developing an iPhone SE with a precise display size.

We’ve heard rumours about both the 5.7- and 6.1-inch display sizes in the past, and the fact that Apple hasn’t made a final decision explains why we still hear about two alternative panel sizes.

According to Young’s most recent report on the subject, Apple is considering 5.7- to 6.1-inch displays with LCD technology, just like the iPhone SE currently in use. However, the company is also considering simply choosing a 6.1-inch OLED display, similar to those found on the iPhone 12 and iPhone 13.

Since the release of the iPhone 12 in 2020, all of Apple’s major iPhone models have had OLED displays.

The iPhone X was the first OLED iPhone to be introduced in 2017. Although OLED display technology costs more than LCD display technology, it offers superior efficiency, “real” blacks, high contrast, and great dynamic range. Given that the iPhone SE is positioned as an entry-level handset and that its release date is more than a year away, it’s possible that OLED panel prices have decreased enough for Apple to employ them for this model.

Since there would no longer be room for a capacitive Touch ID Home button in the iPhone SE’s bottom bezel if Apple switched to an all-screen design like the iPhone XR, it would appear that Apple has little choice except to offer a Touch ID Side button, under-display Touch ID technology, or Face ID.

Several sources, including those from MyDrivers and Ming-Chi Kuo, claim that Apple is preparing to give the iPhone SE a Touch ID Side button. The newest iPad, iPad Air, and iPad mini devices all have Touch ID built into their Top buttons, but there are no iPhones currently that do the same. The iPhone SE, Apple’s most affordable iPhone model, lacks Face ID technology in order to save money and maintain compatibility with prior iPhone models. Instead, it uses a capacitive Touch ID Home button. Therefore, it makes likely that the iPhone SE would be the first iPhone model to include the updated Side button-style Touch ID system.

Young claims that a notch will be present at the top of the iPhone SE’s display, which opens the possibility that Face ID will be used in place of Touch ID. Face ID will be seven years old in 2024, which may be enough time for the technology to be tricked down to an entry-level gadget. It seems highly improbable that Apple will add under-display Touch ID technology to its least expensive iPhone model given that not even flagship iPhone models currently support it. If further information regarding the smartphone becomes available in the upcoming months, it might be evident which identification mechanism Apple will select for the fourth-generation iPhone SE.

iPhone SE 4: All the Rumors So Far

iPhone 14 series tipped to launch on September 13, the price may hike over iPhone 13