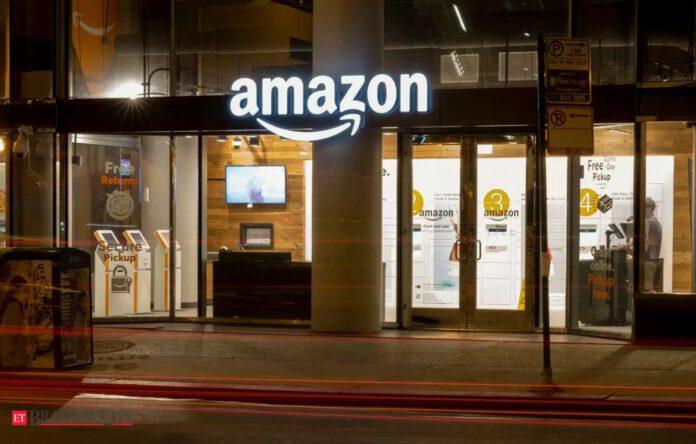 In a letter to its restaurant partners, Amazon India announced that it would discontinue its food delivery service on December 29 of this year. This comes after its previous announcement to stop providing edtech in India starting in August 2023.

“After a careful evaluation, we have decided to discontinue Amazon Food from December 29, 2022. This decision means that you will no longer get orders from customers via Amazon Food after this date. You will continue to receive orders till then and we expect you to continue fulfilling those orders,” Amazon told its restaurant partners.

According to the sources, Amazon Food had onboarded roughly 3,000 restaurant partners, including quick-service restaurant chains like McDonald’s and Domino’s Pizza. All of the project’s approximately 25 workers have been taken on by the business.

“As part of our annual operating planning review process, we have decided to discontinue Amazon Food, our pilot food delivery business in Bengaluru,” said an Amazon spokesperson. “We don’t take these decisions lightly. We are discontinuing these programmes in a phased manner to take care of current customers and partners and are supporting our affected employees during this transition.”

In May 2020, as the nation was still under lockdown trying to manage the Covid-19 outbreak, Amazon announced its foray into online food delivery in India.

In Bengaluru, the service was first made available in certain locations with specific pin numbers. The service was accessible in 62 pin-codes in March 2021, encompassing the most important areas of Bengaluru. It was discovered that the business was considering expanding to other cities.

The expansion of Amazon Food into Bengaluru, according to Sameer Khetarpal, director for category management at Amazon India, reinforced the company’s mission to provide customers with unrivalled convenience and value while integrating into their daily lives. Jubilant FoodWorks named Sameer Khetarpal its CEO and managing director in May of this year, with effect as of September 5.

With its entry into the food delivery market, Amazon is now directly competing with well-known regional businesses like Swiggy and Zomato. Customers in Bengaluru can select from over 3,000 restaurants and cloud kitchens that follow strict safety regulations for cuisines and meals like Indian, Chinese, Italian, biryani, burgers, and desserts. Numerous eateries and cloud kitchens, including Burger King, Behrouz Biryani, Faasos, Chai Point, Freshmenu, and Adiga’s, had worked with it. The company had first collaborated with five-star hotel groups like the Radisson and Marriott as well as restaurant chains like the California Burrito and Keventers.

In conjunction with its employee layoffs as part of the yearly operations planning review process, Amazon is ending its food delivery service. The corporation did not, however, provide a breakdown of the employment that would be eliminated in India. The sources claim that efforts would be made to include as many as feasible into the various commercial divisions of the organisation. According to the sources, only those for whom it is impossible to find a good fit will be asked to go. In a note to staff last week, chief executive officer Andy Jassy announced that Amazon will begin cutting employment globally in early 2023.

On Thursday, Amazon announced that it would discontinue its edtech services in India as of August 2023 and refund all fees to students enrolled in the current academic batch. In order to assist students studying for the Joint Entrance Examination (JEE) for engineering institutes, the company established Amazon Academy in January 2021. The move gave it the opportunity to compete with leading edtech firms like Byju’s, Unacademy, Vedantu, and traditional educational institutions, as well as access the $180 billion online education market in the nation.