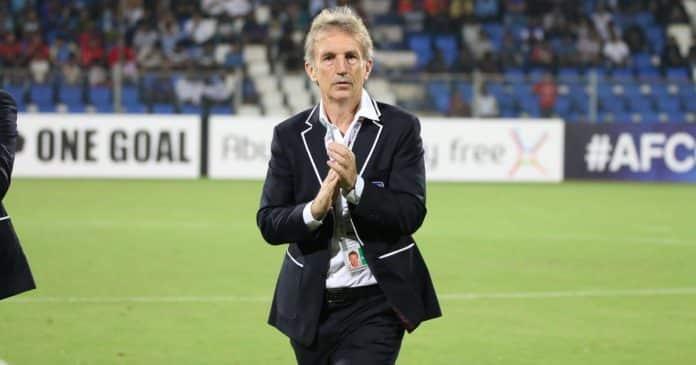 Hyderabad FC has decided to release their head-coach Albert Roca. The 57-year-old Spaniard joined the club in January signing a 2-year-contract. But they mutually terminated the deal as newly appointed Barcelona manager Ronald Koeman wants him in his coaching team. Albert will be the fitness coach of Barcelona.

Albert was part of the first-team staff of FC Barcelona from 2003 to 2008. He has been called again this time to be a part of the new management under Koeman.

It was a tough decision for the Hyderabad FC officials but they didn’t want to stop him from his dream job. Hyderabad FC co-owner, Varun Tripuraneni said: “I congratulate Albert as he is set for his new role at FC Barcelona. While parting ways with him has been tough to come to terms with, Albert has shown utmost professionalism in his approach and working ways with us right from the start in January, to date. While the going was tough at the club initially, Albert gave the entire club – players, support staff, and fans enormous faith and confidence. Albert leaves us, putting the club in a good position from where we can build upon. I wish him all the success with his new role.”

Albert Roca also thanked the fans and the officials of the club. He said: “For me, it’s been a tough decision to make. I am thankful to everyone at HFC for showing immense faith in me since I joined back in January. I am aware that all our fans will be disheartened but believe me, it’s not an easy goodbye for me either. I wish HFC the very best for the upcoming season and the future and I am extremely positive that Hyderabad FC will be one of the top sides this season. I will be assisting the management during the transition phase. Trust me, the club is in great hands and I will be following the club this season and in the future.”.

It was a tough campaign for Hyderabad FC last season. They finished last in the Indian Super League (ISL). Recently they have signed a contract with German giant Borussia Dortmund and hope to win the trophy in the upcoming season.

This season’s ISL is going to start from 12th September. A new coach will have a very short period of time to prepare the team. The big question is how will Hyderabad FC cope up with this situation.