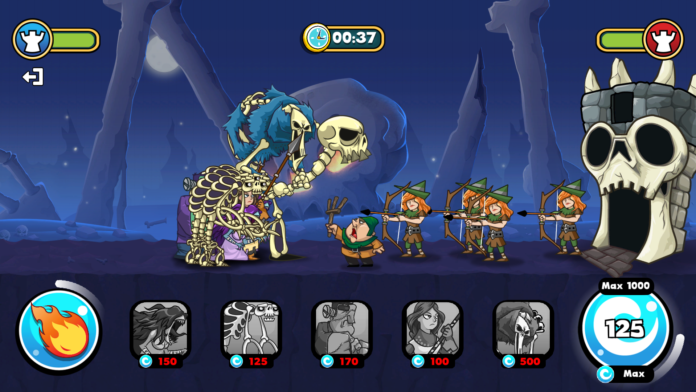 SuperGaming has revealed Ethernia, a brand-new Web3 game for PC and mobile playable in October 2022. In Ethernia you’ll assemble a squad, wage epic battles, and strategize your way to victory.

Ethernia has been in development since the beginning of 2022. It’s a part of SuperGaming’s multi-year, multi-game endeavour to change how games are played while staying true to the company’s player-first and community-driven approach honed since its inception.

With Ethernia, SuperGaming hopes to solve one of the key issues plaguing this nascent ecosystem — most Web3 games aren’t even games or fun. In addition to this, we’ve combined our expertise in free-to-play with the power of Web3 to elevate our player-first approach, allowing our players to own assets earned while playing.

Ethernia sports tried and true gameplay mechanics that are enjoyable and accessible to all along with the cutting-edge potential of the blockchain. You can check out Ethernia’s gameplay in this video:

In Web3 games, the economy is as important as the gameplay itself. Ethernia’s economy has been designed to ensure a sustainable game that’s in line with SuperGaming’s ethos of making games people play for years.

“Our vision when we set out to build Ethernia was to have a long-term sustainable economy that’s resilient and in-line with player needs,” says Venkat Chandar, Vice President of Product at SuperGaming. “The economy in Ethernia heavily focuses on the players and is created with them in mind. We hope this makes Ethernia a self-sustaining and thriving economy for all.”

Ethernia is powered by the Polygon blockchain. It resonates with SuperGaming’s vision of having a sustainable and thriving economy along with low gas fees and a robust network which would make it a seamless experience for players of Ethernia.

The waitlist for Ethernia is open now on the game’s official site with over 150,000 players signed up in the first week. Waitlist rewards include 500mETN, the native token for Ethernia.

More details regarding Ethernia’s Whitepaper, Tokenomics will be revealed in the run-up to the October 2022 release along with several contests and airdrops. Also expect a deeper look into its factions, lore, and gameplay. Join the official Ethernia community on Discord to know more.

Previous articlePlan A Plan B: Netflix’s new Rom-Com teaser has confirmed the Official Release Date
Next articleXI of the most highly valued teenagers in world football