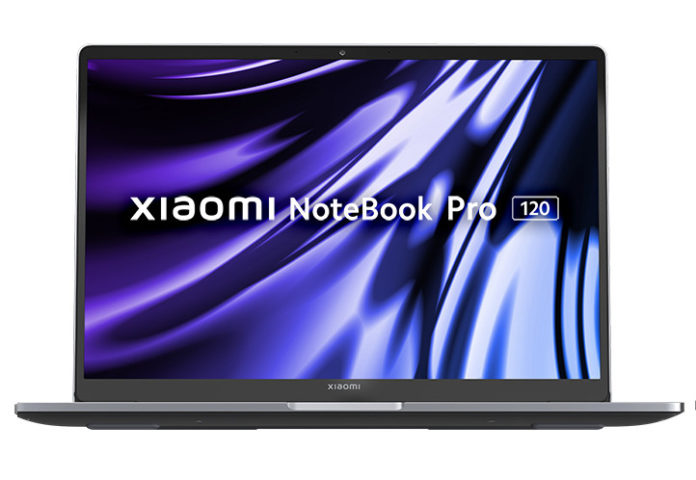 Xiaomi has just announced the Xiaomi Notebook Pro 120G in India. This is a laptop built for productivity, light gaming, and media consumption. The NoteBook Pro 120 series features some new industry-first offerings as it offers 2.5K resolution (2560×1600) on a 14-inch Xiaomi TrueLife display.

The Notebook Pro 120 is powered by 12th Gen Intel i5 H series processor and Nvidia GeForce MX550 graphics. The design is very much like the Mi Notebook Ultra, which launched in 2021. Let’s take a complete look at the specifications and price of the laptop.

Notebook Pro 120G comes with a 14-inch screen with support for 120Hz refresh rate. It comes with 2.5K resolution support and a 16:10 aspect ratio. The display covers 100% of the sRGB colour gamut and has a Delta E < 1.5. Xiaomi has further added support for DC Dimming for the display, and the screen comes with a TUV Rheinland certification for low blue light emission.

It is equipped with the same standard 16GBLPDDR5 5200MHz Dual Channel RAM and 512GB PCIe Gen 4.0 SSD storage, as well as the latest cooling technology, a fingerprint power key, a 3-level backlit keyboard with 1.3mm deep key travel, and a big multi-touch touchpad. They are powered by the latest 12th Generation Intel Core i5 (12450H) H series processor and get Windows 11 out of the box. Additionally, the 120G model adds in an NVIDIA GeForce MX550 GPU while the standard 120 model uses the Intel UHD Graphics.

Previous article
Facebook Gaming App: Meta will soon be discontinuing its App
Next article
NVIDIA GeForce RTX 4070 GPU is rumoured to come with 7680 Cores and 12GB of GDDR6X Memory