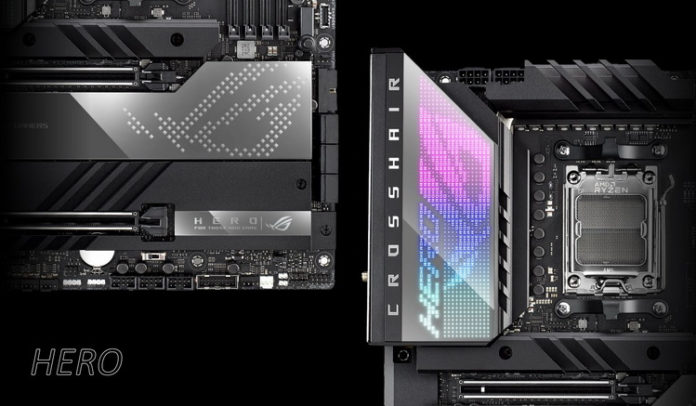 Several Asus X670E-based motherboards for AMD’s Zen 4-based desktop processors are available from a European store. The new AM5 platforms are available for pre-order and will be delivered soon, although mainstream enthusiasts won’t likely be pleased with their costs.

AMD and its partners said that X670E is a brand-new platform for ardent enthusiasts with a tonne of new features and a range of tweaking knobs when they demonstrated the first AMD X670 and X670E-based mainboards earlier this month. These platforms are always pricey, but based on listings on IPC-Computer.de (found by @momomo us), it appears that early users of AMD’s impending Ryzen 7000-series “Raphael” CPUs may have to pay very unusual amounts for motherboards.

With support for processors with up to 16 Zen 4 cores and dual-channel DDR5 memory, a PCIe 5.0 interface, up to 14 USB ports (including several USB 3.2 Gen 2×2 ports as well as USB-C), and Wi-Fi 6E support on higher-end motherboards, AMD’s X670E platform for enthusiast-grade desktop PCs will offer several benefits. A few AM5 mainboards will also include USB 4 ports, 2.5GbE or perhaps 10GbE connectivity, and M.2-25110 slots for future SSDs.

Most AMD X670E-based motherboards are going to be targeted at enthusiasts who want to overclock their processors, thus they’re going to include powerful voltage regulating modules that can give hundreds of watts to CPUs to optimize overclocking potential.

Although the cost of such platforms shouldn’t come as a surprise, $1260 looks extravagant even by enthusiast-grade standards. On hardware that hasn’t yet been released, early listings at merchants typically set especially high prices. The majority of us find motherboards costing over $1000 to be simply too pricey, but some people will undoubtedly purchase one.

also read: Indian semiconductor market is estimated to reach around $300 bn by 2026

Previous articleRanveer Singh has come in front to help people in this pandemic situation
Next articleAsia Cup: Top 5 highest run scorers in the tournament (in a single edition)