In the year 2022, the pandemic situation has come into control in our normal life so we have many films that have already been released in July, and also the malls and theatres are going to open this August for movie lovers.

There are many incredible movies set to release in August 2022. All of the categories of the movie will be available in August also on the Online Video Streaming platform and theatre too. We will be going to get a huge amount of movies in the coming August.

Here is a list of upcoming Indian movies in the theatre in August 2022:

The Bollywood drama film was written, and  directed  by Sandeep Singh and also features Abhay Verma in the lead roles

The plot is set in Ujjain and Thailand, the slice of this comedy film flicking about a 70-years old traditional man who is suffering from erectile dysfunction.

The Bollywood drama film was directed by Sai Kabir. The film features Nawazuddin Siddiqui, Sanjay Mishra, and Tigmansu Dhulia in the lead roles.

Vijay appears in a killing look, he is an MMA fighter renowned with his stage name, ‘Liger’ as he possesses a strength of a cross breed between a lion and tiger. On following the way, we can tell that he also has some impediment speech, and converts his frustrations into power inside the ring.

The film reveals negative aspects of piracy and exposes the environment industry’s ongoing struggle to identify individuals or organizations responsible for the distribution of the pirated content.

Anurag Kashyap comes with the directorial film Dobaara. The film is featuring Taapsee Pannu in the lead role. The trailer completely left the fans thoroughly intrigued. This film is mainly a remake of the 2018 Spanish film Mirage, Dobaara unveils such an incredible story that unveils how a lead character changes the past in a thunderstorm. The thriller adaptation also features Rahul Bhat and Pavali Gulati. The film is based on a woman who tries to protect the life of a boy connecting with each other via an outlandish television that forms the crux of the movie.

The upcoming spy thriller film features Mammoth, Akhil Akkineni, and Sakshi Vaisya. Akkineni plays the role of a  spy along with the character from the American film.

In this drama film, Karthikeya gets himself in the pursuit of truth along with a few chapters of Hindu mythology mainly those based on Lord Krishna

In this film, we will see Aamir Khan playing the role of Laal Singh Chaddha who is a Sikh man who has been modeled after Tom Hanks with the iconic character of Forrest Gump. The new trailer opens with extended with such flashbacks sequences in which the teen Laal is also told to live life on his own terms with his mother and played by Mona Singh. There are several similarities that contain many Hindi movies along with the original, and kits mainly based on the novel from Winston Groom.

Adipurush is mainly an upcoming Indian Hindu mythological film that revolves around the epic Ramayana. The film is directed by Om Raut and produced by T-Series Films and Retrophiles.

The story of the purest relationship ever.

In the film, Krishna Mehra is an operative in an Indian spy agency known as R&AW.

This is an upcoming Hindi language film. The story of a dark humor love story of a  Muslim rural girl along with a man who is just double her age.

This is a Bollywood film directed by Kailash Dangi that starring  Gulshan Pandey, Hemant Birje, and Anil Yadav.

This is an action thriller film that features Vidyut Jammwal and Shivaleeka Oberoi in the lead.

Tarla is a Bollywood biopic drama written and directed by Piyush Gupta. The film features Huma Qureshi in the lead role.

This is a horror drama film, directed by Krishna Bhatt. In this film, we will see  Avika Gor in the lead role. The screenplay has been written by Mahesh Bhatt, and a script was penned by Vikram Bhatt.

The biopic Arun Khetarpal helmed by Sriram Raghavan, and produced by Dinesh Vijan, the film depicts the tale of the second lieutenant Atun Khetarpal.

The Bollywood comedy-drama film features Shreyas Talpade and Kanika Tiwari as the main lead. Marriage deals with relationships between parents, children, and friends at this time.

Darlings just exposed the world of Alia Bhatt and Shefali Shah as a mother-daughter duo perusing a humble life.  The twist comes while things are not happening as they seem according to their surroundings. There are women who are ready to go to any length to survive in this man dominating the world.

In the third film, we will see Vijay Verma and Rossan Mathew will play some pivotal roles in the film, quite suspicious of each other’s presence in their lives, and never even feels like pawns in their scheme of such things by Alia and Shefali.

The Bollywood comedy-drama film, directed by Joy Augustine. The film features  Nihana Minaz and Arjun in the main lead. The fulfilled ride of four messed-up girls from Miami to New York turns into a lesson in their lives.

The Tamil anthology film features Venkat Prabhu, Pa Ranjith, M Rajesh, and Chimbu Devan. The main theme of the film is the victim

Haryana is mainly a 2022 Bollywood drama film that depicts the tale of 3 brothers.

The film is based on king Bimbisara one of the early rulers of the Magadha dynasty that also laid the foundation of the Haryana dynasty in the 5th century. The story follows legendary rulers.

Read More: Assassin’s Creed: All the Latest Updates about the Series coming on Netflix 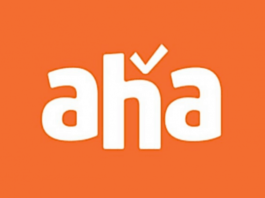 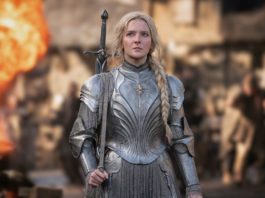 Lord of The Rings: The Rings Of Power: Everything We know... Ranveer Singh has come in front to help people in this...