Chevy Blazer EV to officially be revealed on 18th July 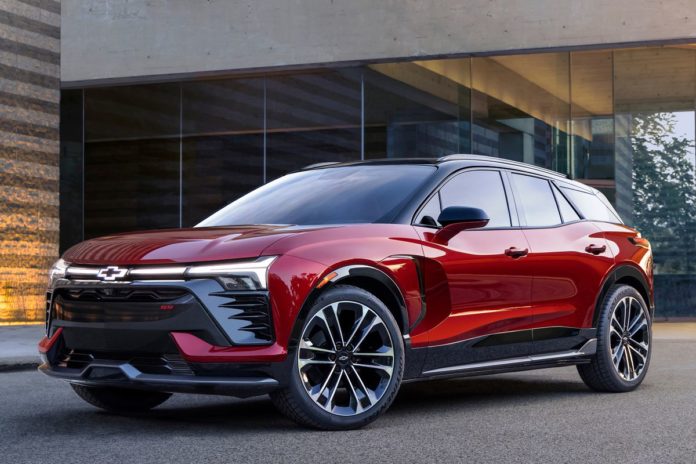 The 2024 Chevy Blazer EV will be officially introduced on July 18th, according to General Motors. Next year, the all-electric mid-size SUV, as well as an electric version of the Chevy Equinox compact SUV, will be available.

GM showed out electric versions of the Blazer and Equinox SUVs last year. The Blazer, on the other hand, has yet to be given a price tag. The Equinox EV is projected to start at $30,000.

Equinox and Blazer are Chevy’s compact and mid-sized SUVs, respectively. The Blazer EV, as well as an SS performance edition, are expected to debut later this year. Both vehicles will be built on General Motors’ Ultium battery and powertrain platform, which will serve as the foundation for the company’s next generation of electric vehicles.

Chevy will be at the forefront of GM’s $35 billion plan to electrify its entire portfolio by 2040, with the Equinox EV and Blazer EV on the way. The company also manufactures the Chevy Bolt EV and EUV, the Hummer EV pickup truck and SUV, the GMC Sierra EV, and the Cadillac Lyriq and Celestia.

Previous articleHP Spectre 13.5 x360 and Spectre 16 x360 launched in India
Next articleKhatron Ke Khiladi Season 12 is all set to release: The premiere date got confirmed