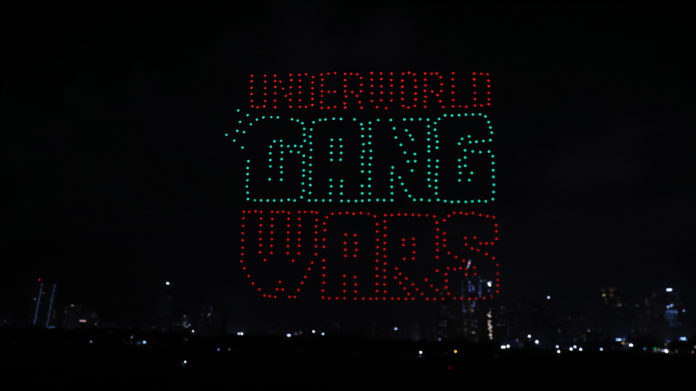 Underworld Gang Wars” or UGW, which revolves around the rivalry between two gangs, launched through India’s largest drone show designed for a game reveal

India, 17th May 2022: Mayhem Studios, India’s first studio for AAA games has announced its first title “Underworld Gang Wars” (UGW), a Battle Royale game set in India. With the characters and plot rooted in India, the game promises an exciting setting with some interesting characters inspired by stories of India.

Set in a truly Indian plot, the locations, the gangs and the icons represent an Indian context in a AAA game for the first time. The theme, weapons, and the maps of the game have been designed to offer a unique experience to the gamers.

The gameplay becomes intense in UGW as the underdog gang from the West wants to take control of the Eastern region from its arch-rival urban gang.

To provide an authentic experience, each region depicted in the game resembles a real location in India, be it the coal mines or the next-door apartment complex. It also has iconic landmarks including a fort, station, stadium and a racecourse.

Scheduled to be launched later this year, the game’s pre-registration window will open on the 22nd of May.

Commenting on the announcement, Ojas Vipat, CEO of Mayhem Studios, said: “We are thrilled to come up with the first Battle Royale Title that promises to offer one of the most relatable storylines for gamers. UGW’s unique locations and the highly relatable universe with great graphics are sure to provide a great experience for Battle Royale players. We are also excited to put together a blockbuster game with some unique stories of India for the world.”

Mayhem Studios has conducted India’s biggest game reveal through a drone show at Mumbai’s Mahalaxmi Racecourse. Through this drone show, the studio revealed the game logo and also created a QR code that directed the onlookers to the game teaser. Here is the link to the game teaser.

The event was also attended by leading gaming influencers and enthusiasts like Tanmay Bhat, Mortal, Scout and Dynamo Gaming.

Bloodhunt, the VTM Based on F2P Battle Royale Launches on PC and PS5