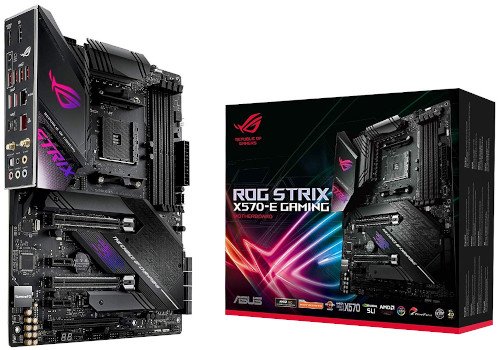 TechEpiphany has chosen to install AMD’s Ryzen 9 5950X on the Asus A320M-K, one of the most affordable A320 chipset motherboards on the market. AMD’s flagship Ryzen 9 5950X CPU looks to be perfectly happy living in the A320 motherboard thanks to new official support for Ryzen 5000 series on select A320 motherboards, with reported CPU clock speed surges of 5 GHz thanks to the enablement of PBO.

A single core from a 16-core processor clocked at 5 GHz seemed to be adequate. The more cheap 300 series motherboards, on the other hand, feature-limited power delivery subsystems that might not be able to extract the full performance of a high-end chip like the Ryzen 9 5950X. Multi-core performance on a budget A320 motherboard, for example, could vary by 20% to 30% when compared to a higher-end motherboard.

This setup is only possible because Asus provides full Ryzen 5000 series compatibility with a new BIOS and the latest AGESA code, version 1.2.0.3C, on its A320 motherboards. Gigabyte and Asus, in particular, have begun sending fresh BIOS updates to A320 boards to support AMD’s newer Ryzen 5000 series processors, as we revealed two months ago.

Version 5862 is the BIOS designation that contains the updated AGESA code, and it was released in November of last year. According to the patch notes, the upgraded AGESA code offers compatibility for new processors while removing support for the Bristol Ridge 7th Gen A-series and Athlon X4 series CPUs entirely. Surprisingly, there have been no modifications to the CPU support list to reflect Ryzen 5000 series support, and the patch notes make no mention of Ryzen 5000 CPUs in particular. However, we’re convinced that Asus is referring to Ryzen 5000 support, as these are AMD’s most recent processors.

For the time being, this occurrence is limited to motherboards using the A320 chipset, as motherboard makers have yet to enable Ryzen 5000 support on more relevant chipsets such as the B350 and X370.

However, there is always hope; we reported yesterday that AMD is not yet abandoning support for 300 series chipset motherboards. AMD’s corporate vice president, David McAfee, says he and the technical team are working hard to figure out how to enable Ryzen 5000 support on 300 series boards while keeping the processors running smoothly.

It’s not easy to get Ryzen 5000 to operate well due to the age of 300 series motherboards. There are some roadblocks in place, including IRM specifications and current capability from the motherboard’s VRM — which is noticeably weaker on most 300 series boards than on B550 and X570 boards. As a result, Ryzen 5000 chips can’t get enough power from the boards to work well on 500 series boards.

In their engineering validation coverage matrix, AMD also mentions that the 300 series motherboards aren’t supported. As a result, while creating a fresh AGESA code to distribute to motherboard makers, AMD does not test 300 series boards. If motherboard manufacturers are updating 300 series boards to the more recent version, they are solely responsible for the new code’s system stability.

As a result, we recommend exercising caution when using Ryzen 5000 series support on the A320. These older motherboards have a higher risk of containing bugs. Remember that most A320 motherboards have far poorer power output than B350 and X370 chipset motherboards (let alone 500 series). It’s possible that overclocking a Ryzen 9 5950X to its maximum power rating is harmful.

To avoid this, make sure your specific A320 motherboard has a hefty VRM system capable of handling Ryzen 5000, or at the absolute least, enable the eco mode if necessary.

Previous articleTop 5 most valuable football players aged 30 years or more in 2022
Next articleRumours claim that NVIDIA GeForce RTX 3080 12 GB GPU to be announced on January 11th, 2022