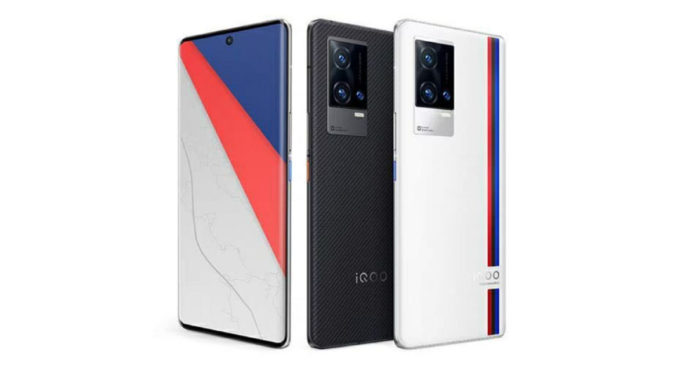 iQOO the Vivo’s sub-brand has unveiled the iQOO 8 and iQOO 8 Pro smartphones in China in the month of August this year. Both of these phones were expected to launch in India also, but the launch did not happen at the time because of the chip shortage. Now, it seems that the IQOO has no further plans to bring these smartphones to India in near future. According to a report by 91Mobiles, iQOO may not launch the iQOO 8 series instead of, Company can launch the iQOO 9 series, which is set to debut in India in late January or early February 2022. The successor to the iQOO 8 series, the iQOO 9, is rumored to be in the works for a long time.

As per a report by 91Mobiles, the iQOO 9 series could come to India by either late January 2022 or early February 2022. This information comes from the publication’s industry sources, as per the industry reports, at least one phone from iQOO 9 Series will feature 120W rapid charging. The iQOO 9 Vanilla model and the iQOO 9 Pro/Legend model are proposed to become in the iQOO 9 series.

However, in another news, iQOO has stated that a flagship powered by the latest Snapdragon 8 Gen 1 processor, most likely the iQOO 9 or iQOO 9 Pro, will be released. The model number V2171A was found in the IMEI database for the iQOO 9. Unfortunately, the iQOO 9 specifications are currently not available, although we may expect significant improvements over the iQOO 8 series. The iQOO 9 phones are expected to feature a display 120Hz refresh rate AMOLED display, Android 12 with a new iQOO UI is expected, a large primary camera sensor, and more.

Along with this, the report didn’t reveal anything regarding the iQOO 9 series. Either, iQOO has formerly verified that it’ll launch its forthcoming smartphone with the flagship Snapdragon 8 Gen 1 chip. Still, the brand didn’t specify the name of the handset. There’s a chance the high-end model of the iQOO 9 series will use the rearmost processor

To recall, the iQOO 8 was unveiled with a 6.56- inch AMOLED display with 1080 x 2376 pixels resolution and a 120Hz refresh rate. The iQOO 8 is powered by the Snapdragon 888 SoC and packs a mAh battery unit with 120W super-fast charging support. Other features include a 48MP triple camera setup and a 16MP selfie camera. We anticipate better camera features from the forthcoming iQOO 9.