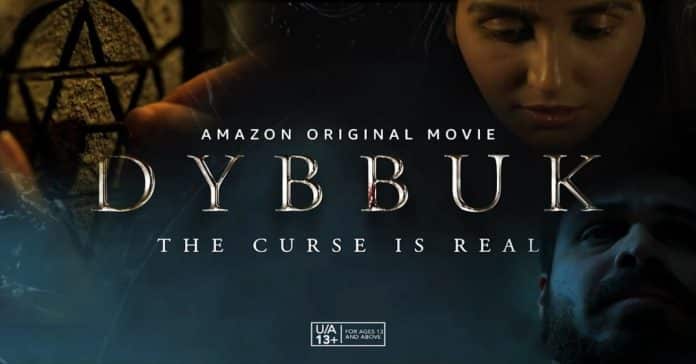 Dybbuk, Emraan Hashmi’s upcoming spooky horror film trailer is out now. It is written and directed by Jay K and produced by Bhushan Kumar, Krishan Kumar, Kumar Mangat Pathak and Abhishek Pathak and its production companies are T-Series and Panorama Studios.

This film is basically a remake of 2017’s Malayalam film named Ezra, starred Prithviraj Sukumaran in the lead role. The story of the film revolves around an antique box that was purchased by a female protagonist, after which the couple has faced paranormal activities.

The trailer of the film Dybbuk was released on 20th October 2021. The trailer shows us a short glimpse of the story where Nikita’s character has opened a Dybbuk box, that has a spirit trapped inside it. It has appeared to be a classic horror movie. As soon as the spirit came out, it has started creating havoc.

This film was appeared to be structured around traditional horror tropes that are often seen in various other films in the same genre.

While we have seen in the trailer that Emraan has played the role of protagonist in this film in order to save his wife from the hold of the evil spirit.

Previously, Emraan has said in a statement, “A well-made horror film will always draw audiences in huge numbers to cinema halls. With Ezra, we hope to push the boundaries further and give the audience an experience that they will never forget. I am happy to be associating with Kumarji and Abhishek on this film, and with Jay Krishnan at the helm of things, all I can say is be prepared for one hell of a spooky ride.”

Emraan Hashmi was recently seen in a film named Chehre, starring Amitabh Bachchan. The actor has Tiger 3 in his kitty where he will be sharing screen space with Salman Khan and Katrina Kaif. It has been speculated that Emraan will be playing the antagonist in the film.

The film Dybbuk is going to be released on Amazon Prime Video on 29th October 2021.