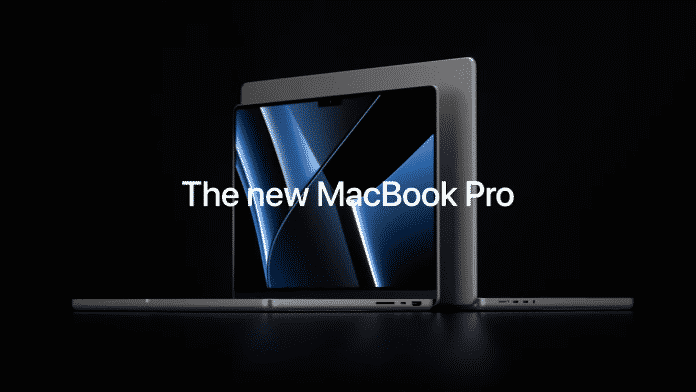 Apple already made a giant leap last year with its transition M1 chip that redefined the fate of ARM SoCs on mainstream laptops or desktops. Carrying forward its world-class efficiency in a newer 5nm process made things even better, and we saw this 8 core CPU tearing apart the competition from Intel and AMD drawing far less power.

While most of its popular gadgets like MacBook Air, smaller 13-inch MacBook Pro and iMacs, even iPad Pros transitioned to M1 chip, we knew a bigger chip was incoming this year. Mark Gurman shared a day earlier to Apple’s launch event that there could be two chips unveiled.

Yes, it turned out to be true; Apple made some really bold announcements at the event and unveiled both the MacBook Pro 14-inch and 16-inch, powered by the new M1 Pro and the big brother M1 Max. Both these chips are damn powerful with up to 10 cores on the CPU side of things and up to 32-core GPU that can soak up to 64GB unified memory.

Obviously, having such a huge performance difference on the top-of-the-line M1 Max powered 16-inch MacBook Pro can help people who really need it. That huge 400GB/s memory bandwidth is huge, making 8K video editing possible literally on your lap; yes, you can simultaneously edit up to 32 4K videos, which is just insane!

Much like everywhere else, Apple gives you customization options from the base M1 Pro powered MacBook Pro 16 to an M1 Max specced MacBook Pro with 32GB unified memory. Even though the chips are not very costly for Apple to make but as a package, what the Cupertino giant is providing in laptops is just nuts!

However, you have to pay ₹70,000 more, costing you a whopping ₹3,29,900; you can literally create two gaming PCs with this kind of money and a more powerful editing rig with the same money. Obviously, thanks to the import tax, customs duty and GST, the cost is out of the league compared to the average Indian’s laptop buying option.

Now, I would like to point out that if you compare this with an expensive gaming laptop from ASUS, Dell, and others, you will know why Apple is charging so much. Consider the Dell Alienware x17 with Intel Core i7-11800H and NVIDIA GeForce RTX 3070 paired with a similar 32GB RAM and 1TB SSD costs ₹304,099, drawing more power and giving less battery life.

So, you are trading off with the absolute best gaming laptop for creativity or will choose a dedicated professional MacBook Pro 16 by paying some more money? Obviously, if you have the money to spend, you will be spending on a MacBook Pro undoubtedly which has a lot of key benefits over any Windows gaming or creativity laptop for the same price.

One of the biggest reasons anyone will choose the MacBook Pro 16 is simple; you have to plug in your Windows machine to get that extra GPU horsepower. At the same time, M1 Max delivers 3.3x better GPU performance than a Windows notebook with RTX 3080 (most probably) with or without being plugged in.

Drawing 40% less power than a Windows gaming machine with a hungry CPU and GPU is bliss for content creators and enthusiasts as you won’t have to plug in always to get the best performance. While you will still have to bear the notch on the notebook, Apple gets you covered thanks to the insane efficiency and performance.

Features like an industry-best mini-LED backlight display with 120Hz refresh rate, six-speaker audio with Dolby & Spatial audio, 1080p front camera, up to 21 hours of battery life and more makes it special. Paying the Apple tax makes sense as you get a product that’s worth spending for the “Pros”, and you know it will last much longer than a traditional Windows gaming laptop at the same price.

Are you planning to spend ₹3,29,900 on the new MacBook Pro 16? Let us know in the comments below and share your thoughts about the new M1 Max and the MacBook Pros. Also read: Apple M1 Pro: The answer to Intel and AMD, why is it soo special?