The year 2022 is going to mark an important milestone in the history of football: It is the first time the world’s most significant football championship will take place in the MENA region. Qatar won the right to host this event in December 2010, becoming the first Middle East location for the football tournament.

A big piece of news is that the FIFA World Cup 2022 will be the first event of its genre to take place in winter. Due to the high-temperature peaks in Qatar during summer, FIFA decided to have the tournament started on 21st November and completed on 18th December 2022. 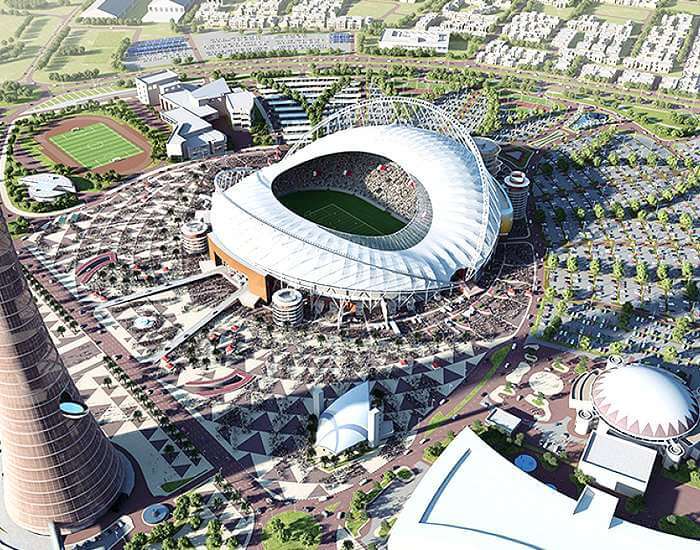 The national infrastructure is going through truly epic changes in preparation for the FIFA World Cup 2022. Qatar airlines are working to provide more flights to and from the cities that host the tournament. The goal is to facilitate tourists and locals moving from a stadium to another one to follow up to three matches in a day.

All the Qatar World Cup Stadiums are about an hour away from each other. Fans can follow more than one match in a day traveling by car, metro, rail, or water taxi. All the new stadiums have been designed by world renowned architects from all across the globe. Their designs look unique and futuristic to most eyes. Additionally, the building materials are to be eco-friendly so the stadiums can serve many generations in the future:

Constructed in 1976, the Khalifa International Stadium has a relevant role in Qatar’s football history. It was there that Qatar hosted the Asian Games, the Gulf Cup, the AFC Asian Cup, and several other sports events. The stadium went through a renovation in 2017, and it’s currently being upgraded to host the FIFA World Cup 2022. The stadium can host up to 40,000 fans.

This stadium is in Al Khor City. Its design imitates the tents used by nomadic groups who live in Qatar’s desert areas: a portable structure that looks like a giant tent covers the stadium. After the football event, the country will donate the upper tier of the seating to developing nations for improving their sports structures. The Al Bayt Stadium can host 60,000 fans.

This stadium owes its original design to architect Dame Zaha Hadid, who chose curves rather than straight lines for the Al Janoub Stadium. It’s a pretty recent sports infrastructure, being opened in May 2019 to host the final of the Amir Cup. The stadium arena offers seating for 40,000.

This new stadium rises on the old venue Al Rayyan Sports Club, called Ahmed Bin Ali Stadium. The Al Rayyan Stadium has 40,000 seats, and it’s a perfect location for final matches. It emerges from a landscape of dunes that create a unique Qatari atmosphere around the stadium’s facility.

Education City Stadium is a few minutes away from the leading schools and universities of Qatar. The design looks geometrical based on diamond-shaped units that create a complex pattern. The surface of the stadium appears to change color with the sunlight. It offers 40.000 seats.

The special feature of this stadium is that it reminds of ghafiya, the traditional woven cap that males in the Middle East wear on their heads. Thanks to its unique design, the Al Thumama Stadium unifies tradition and future all in one place. The stadium seats 40,000 spectators.

A lot of shipping containers and other modular units served the construction of this new stadium. The Ras Abu Aboud Stadium can host up to 40,000 fans. Also, it can be dismantled entirely and recycled after the football event.

This is Qatar’s largest stadium: it has 80,000 seats. It is in Lusail, a new city, where the FIFA World Cup 20222 will start and end after moving across the other stadiums of the country. The Lusail Stadium’s design mixes light and shadow to create a unique interplay of light, looking like a lantern. 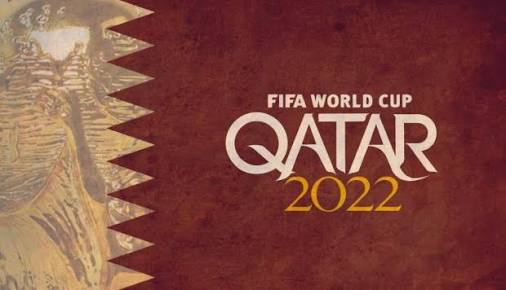 Football is one of the most popular sports in Qatar, and the country’s spending has already been huge as of May 2021: Qatari sports infrastructures and means of transportations are the two main pillars of the FIFA venture. Qatar Airways recently launched a new booking service for those who already want to reserve a flight seat from Europe, the US, and China. This service will be improved by including more flights from other nations, as well.

The Qatar metro network is also working to transport at least one million visitors all across the country. Qatar’s metro network is around 300 km long with a hundred stations: every city that hosts a football match connects to the metro network with a local station, which should make things easier for foreign visitors during the FIFA World Cup event. Along with the transportation segment, the hotel industry is also working hard to get ready for the FIFA tournament. Currently, Qatari cities can offer about 40,000 different options for overnight accommodation. That current number is expected to increase up to 70,000. New hotels will be built to accommodate up to one million visitors expected. The project is ambitious but the country’s leadership is determined to succeed.

Another well-developed industry is the betting segment. The World Cup will bring new money into football betting: both online and land-based bookmakers are preparing by improving their customer service, available betting options, and payment systems. Everything has to be ready for the beginning of the FIFA World Cup 2022. Qatar is going to experience its most important football opportunity in the eyes of millions of fans all across the world.