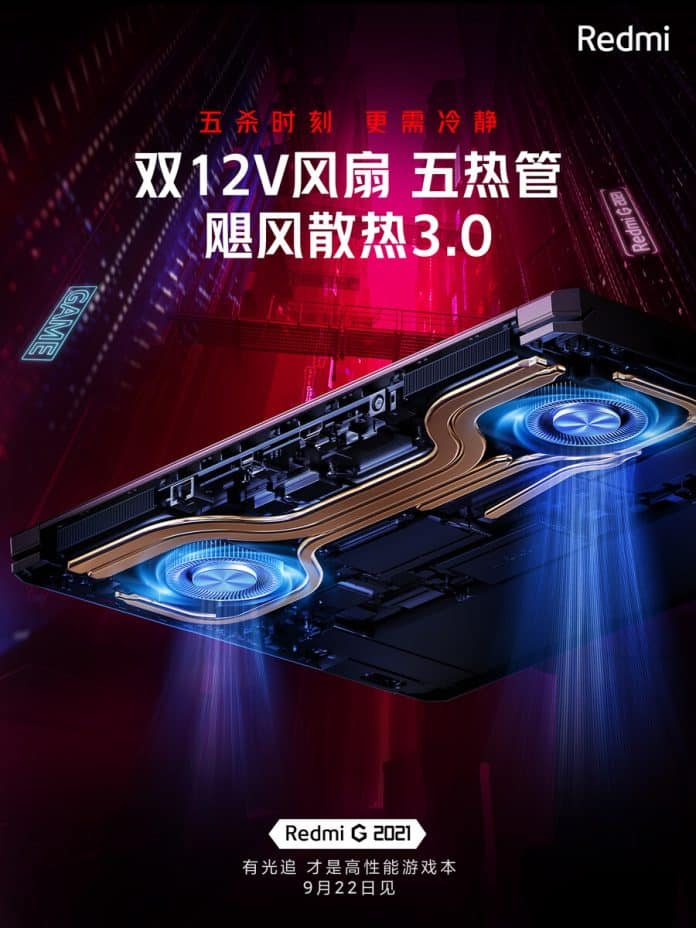 Redmi, aka Xiaomi, have a habit of teasing features right before the launch of their product, and they almost tell consumers all the key specs in a patient way. So, seemingly for their upcoming Redmi G (2021) gaming laptop, Redmi has teased two new key specs.

This includes the use of the new Hurricane Cooling 3.0; though it’s more of marketing terms by its posters, we are looking at dual 12 V fans, five copper heat pipes, and four air outlets. It seems like Xiaomi, aka Redmi, is taking the thermals of their successor gaming laptop pretty seriously.

Why? Unlike last year where they used an entry-level Intel processor and GTX 1650 graphics for their gaming laptop this time, however, as per the last post, Redmi has confirmed the presence of a new AMD Ryzen 7 5800H paired with NVIDIA GeForce RTX 3060.

This time around, Redmi could make their laptops a bit high-priced than last year; however, if you get powerful hardware for a reasonable price, you won’t have any complaints. The company has also revealed via Weibo that the new Redmi G (2021) will feature a 16.1-inch display with a 144 Hz refresh rate.

However, previously too, the Redmi G gaming laptop had an FHD panel with a 144Hz refresh rate, so we hope the panel is better in terms of quality than last year. Well, we won’t have to wait much longer for more details as the launch is happening in China on September 22.