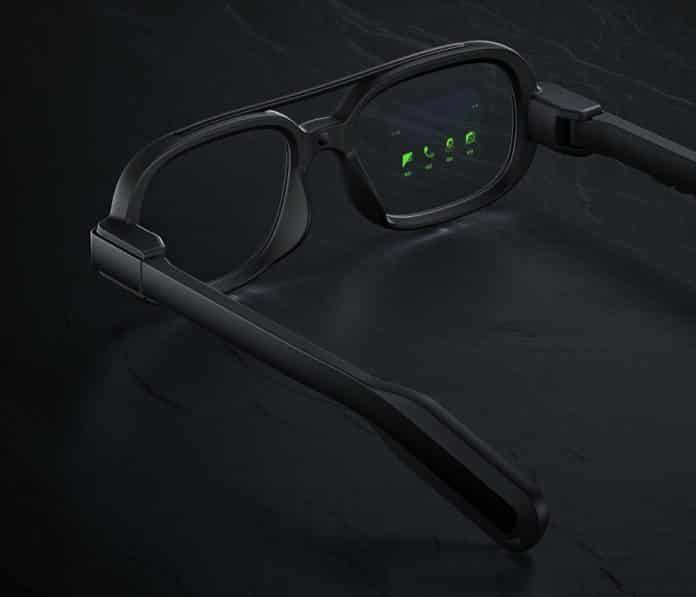 Xiaomi is gearing up for a major global event on September 15. The company is likely to unveil a bunch of new products, including phoned and tablets. A day ahead of its global launch event, the company has quietly unveiled a new wearable concept product. Xiaomi has showcased its first smart glasses. The smart wearable is still a concept and is aimed at the Chinese market. Let’s take a look at more details about the new Xiaomi Smart Glasses announced.

The smart glasses are capable of displaying messages and notifications, make calls, navigate, capture photos and even translate text. All of this happens right before your eyes with a bigger display visible through the smart glasses.

The Xiaomi Smart Glasses use MicroLED imaging technology to make it look like a normal pair of glasses and lightweight. It features a 0.13-inch MicroLED display, and the smart glasses weigh 51g. MicroLEDs also have a high pixel density and allows for a more compact display and easier screen integration. For the display on the Xiaomi Smart Glasses, the company used a display chip that is around the size of a grain of rice. The display is monochrome, and it can reach a peak brightness of 2 million nits. The glasses feature a quad-core ARM processor and come with an integrated battery.

“The refraction process involves bouncing light beams countless times, allowing the human eye to see a complete image, and greatly increasing usability while wearing. All this is done inside a single lens, instead of using complicated multiples lens systems, mirrors, or half mirrors as some other products do,” Xiaomi explains in its blog post.

The Xiaomi Smart Glasses use a 5-megapixel camera to capture photos and translate text in real-time through the company’s XiaoAI voice assistant. The glasses are very similar to the Snap Spectacles and Facebook’s RayBan Stories. They also illuminate an indicator light when the camera is taking photos. It can also be used for navigation with roads and maps displayed through smart glasses. The Smart Glasses feature Wi-Fi and Bluetooth support for connectivity. They run on the Android platform and have a touchpad as well.

As mentioned earlier, the product is still a concept and there is no official word on the pricing or availability details of the smart glasses.