“Lucifer (Season 6)”: The Last Season of the Devil series has been explained 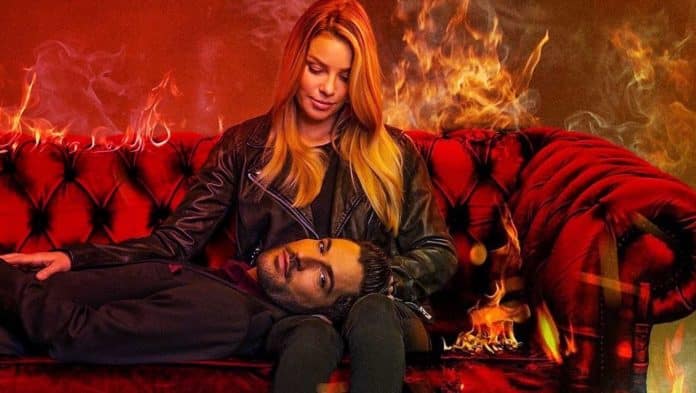 The ending of season 6 of the Devil Series has seriously left an emotional and poignant finale about all of the main characters’ storylines by keeping the Devil his due. In season 6, we have been the entry of Lucifer Morningstar has poised to be the god after winning the fight with his evil twin brother Michael. He became distracted from ascending to Heaven to become the Almighty. Still, the new distraction comes in his path after the arrival of his daughter Rory Morningstar from the future.

However, Lucifer now chooses to make a relationship with Rory, his child with Chloe Decker, and trying to solve the mystery of his vanishing from her life.

True Calling and Vanishing of Lucifer before the birth of Rory

The series finale, “Partners; Til The End”, revealed the Devil saved Rory from the clutches of Vincent Le Mec, who is the hitman and killed Dan Espinoza in the fifth season of Lucifer. This time Vincent Le Mec also wants to kill the Devil but, the scene becomes opposite as Lucifer prevents Rory from killing Le Mec and becoming her own unique version of the Devil. He got his answer behind his vanishing after Rory becomes kidnapped and rescued by Lucifer in the future, along with the Lucifer (Season 6); the devil has started to redeem some Hells’ denizens inadvertently along with helping the soul of Dan to reach Heaven. Now he understands his true calling, not to be the God but to return to Hell and help each damned soul that is broken their Hell loops and get redemption in Heaven. While he continued this mission that time, Rory was not born, which became the main reason for his vanishing.

Finding the replacement of Dennis Haysbert

Season 6 has continued with the resolving of the central story based on the Devil, his daughter, and Chloe Decker; the main issue arises at the time of replacement of God for choosing of the new Almighty that had been settled with the best and also the most capable choice, Amendiel who got God’s powers and became “Amenagod”, but this time she chooses to become the different version of God from his father, in Hell with Lucifer, it was  Amenagod who has overseen all the lives of their friends and the family in Earth. Season 6 has ended with a genuine emotional note as the beloving characters and cast got their deserts. Still, it has left some hints or maybe the possibility for continuing with season 87 shortly.

Lucifer as a Hell’s Therapist

After Lucifer realized that there was no need for a jailer but really need of the healer for all the damned souls, he visited the underworld and established a shop as Hell’s therapist. E Devil was also very impressed by and mimicking his own therapist, Dr Linda Martin, and he also had even designed his office has become identical to hers.

The hell moves had been considered differently than the Earth; it is unknown how much time Lucifer had worked as a therapist before Chloe participated in him, but it might be for thousands of years.

In this, the Devil is mainly working to redeem the damned one soul for the time; that is definitely an ingenious payoff that shows numerous lessons that Lucifer has learned in Los Angeles along with the series.

In this, the devil also has ways for indulging himself in Hell as he cannot come back to LA in fear of disrupting the timeline and jeopardizing the life of Rory; it indicates that Lucifer was mainly thrown himself towards the noble work and his emulating Linda that depicts the respect that he truly has on the doctor, that he had been told for the final meeting. It seems that Lucifer is optioning for spending the remaining eternity in hell that tends to the damned, and all of their problems are literally much worst jobs than God.

She is also in fear of the disrupting timeline and also damaging her life of Rory. In this, Decker has just held up[ her end with the bargain of Lucifer with living out her life on the Earth as the mother of Rory after become separated from her beloved devil for the remaining time on earth.

In season 5, we have seen Chloe, an LAPD detective, help Lucifer while he became God, but she came back to her true calling as Lt. Chloe Decker for running the Homicide division when Lucifer is in Hell. In this, Decker also becomes pregnant with Rory, and in the final time, it has jumped into the birth of Rory before Chloe dying to old age decades later. It was actually the main point that led an anguished Rory for the time travel return to her mother’s deathbed just to bid her goodbye.

After death, Chloe went to Heaven. Since birth, the lady was also touched by the divine so that she also got such unique advantages to become friends with and loved by the new God, Amenadial. In Heaven, the new God gives Chloe some chance to return home, which means reunite with Lucifer as it would be Chloe’s real home by staying the side of her beloved Lucifer. Chloe’s eternal life is to pass as the partner of Lucifer to redeem the damned souls in Hell, like the partners they before had for solving the murders of the LAPD.

Amenadial as a Next God

After the investigations of Ella Lopez into such a strange phenomenon that gives him the realization that the world is going to an end in the absence of God, all his brothers and sister angles stated for granting the wishes of humanity and break the reality.

After Lucifer shows her disagreement to be the next God, Amendiel becomes furious. In the fifth season, Amenadial left the idea to become the God as he wanted to be the father of his baby son, Charlie, by remaining on the Earth. He also wants to pursue his dream to become a police officer in honour of Dan Espinoza after he died,  but soon the noble angel realizes the harsh realities of being the police.

We will definitely say that Amenadial as a God is one of the best decisions of all of Lucifer’s options. He has a sufficient amount of compassion and love towards humanity like the Almighty. The most important part is the biggest change of Amenagod to become a different kind of God than his father, who just has ruled from afar.

As Amenagod is living within humanity so he can understand the need for a human better way and also keep close to his friends and families. They believe that Charlie is mortal and could not fly to heaven; Amenadial and Linda become shocked after Charlie starts to sprout with Angel wings, so maybe Amenagod will keep some aspects of mortality within himself so he can also enjoy the benefit s as a human.

After the shocking death of Dan Espinoza in season 5 and season 6, it has exposed that he went to Hell due to unresolving the guilt about dying. Dan comes back to earth for Rory but is stuck as a ghost; only Lucifer could watch and talk to. Inadvertently he was posing the body of his killer, Vincent Le Mec, that Dan understands at last and star to resolve the origin of his guilt by giving his life, his daughter Trixie become fatherless.

After using the body of Le Mec, Dan has started to see Trixie for one last time and absolve himself with his guilt, which at last allows him to come to Heaven. On another side, in the Silver City, Dan, aka Detective Douche, has been rewarded for his eternal bliss during the heartwarming reunion with his love Charlotte Richards after considering the tragedy that has befallen Dan and provided a satisfactory ending.

Lucifer’s Friends Thanks him for the Scarifies

In season 6, Ella Lopez comes to know about the Devil’s secret of Lucifer after she examined the truth together herself, and she became as her friends have lied for years. After dating the serial killer in the fifth season, he has found her boyfriend, Carol Corbett. As a sincere person, he apologized and has honoured Ella, providing millions for setting us the Miss Lopez STEM Initiative to encourage more teen women to follow Ella.

It indicates that Mazikeen and Eve will get married in season 6 and become the incredible bounty hunters who are become in love. It is unclear whether Dr Linda Martin has published her tell-all memoir as the sympathy for the Devil and his time with Lucifer Morningstar that all of her friends have written in season 6.

The daughter of Dan and Chloe Trixie becomes the older sister to Rory, who will grow without knowing about her father, so she will time travel and come to the past to know the identity of her father. The last time Michael was trapped in his own Hell loop, maybe redeem the Devil so the door of Heaven for Michael will be opened.

Future of the Devil Series

In season 6, we have seen a complete end of the TV Series on Fox and Netflix as it has wrapped up all of the film’s characters. The main attraction of an immortal character like Lucifer Morningstar, who is an important part, could return as the Devil in the future as part of The CW’s Arrows.

It will come with the sequel series while Rory raved about More Bones to continue the Fox series. We can definitely say that Lucifer season 6 is the ending of the story of Devil and Chloe Decker.