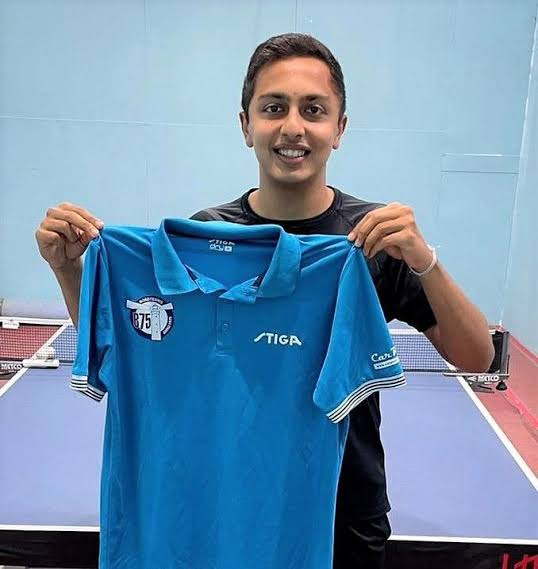 Indian Paddler Mudit Dani is all ready to compete in the top division of the European table tennis league this year. He has signed up to play for B75 Table Tennis Club in the Danish Super League. Mudit has signed a one season contract with the club this year.

However, this wont be the first time that the number 6th ranked Indian paddler will participate in a foreign league. Owing to the fact that he has played in the German and French league earlier.

Mudit Dani shared his excitement after getting the opportunity to play in the Danish league and also revealed the reason to participate in a foreign league in a press release.

“I’m very excited as this is my first time playing in the top league in a European country. For this I’d like to thank B75 Table Tennis Club for believing in me. The experience of playing in the leagues always helps players to perform better at the international level.

There weren’t many tournaments last year due to the pandemic and now with the international circuit resuming gradually, I’m looking to get much-needed match practice while playing here. This league has some top players and I look forward to a great season with the team,” the 22-year-old Mudit Dani added.

After breaking into the scene in 2018, the Indian paddler has risen to a whole new level in a span of two years. Mudit Dani won his first medal in the Us Open in 2019.

Thereafter he cracked into the top 200 ITFF rankings in April 2020. Dani took a leap of 600 ranks and as of now, he is the 6th highest ranked Indian player. Following his news of participating in the Danish league, he becomes the second Indian to take part in a top division Danish league.

With the Padmashree Awardee Achanta Sharath Kamal being the first Indian to play in the Danish top league. Therefore this is a great landmark for Mudit and it is needless to say that he will gain valuable experience after playing against the best players in the world.

Hence India’s rise in Table Tennis is growing steadily with players like Mudit Dani and G. Sathiyan playing in foreign leagues. With increasing recognition of the sport in India, more kids and youngsters will pursue table tennis as a passion and make our country proud in the future.

Previous articleCasinosindian.com Is in the Game to Conquer the Indian Gambling Market
Next articleFirst all-teenage US Open finals since 1999: Emma Raducanu vs Laylah Fernandez in the finals of the US Open