AMD Zen 4 based Ryzen 7000 CPUs confirmed to come with iGPU, most likely RDNA2 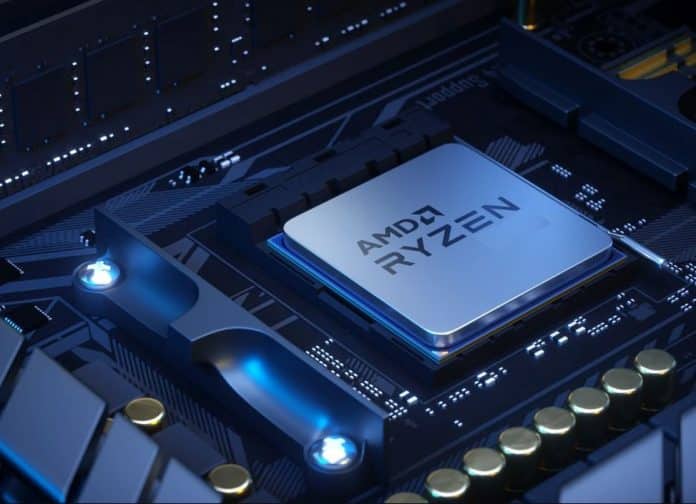 AMD’s next big generation of processors has to be the Zen 4 based Ryzen 7000 CPUs codenamed Raphael. This will be based on the 5nm process and onboard Navi2 graphics for most of these mainstream processors.

So, gone are those days that iGPU will be exclusive to the Ryzen G-Series APUs; this is mostly because its competitor Intel will offer their competent Xe graphics on Alder Lake processors. Until now, these were only rumours; however, the confirmation of this arrives from the leaked documents obtained through the recent Gigabyte hack.

A compatibility chart for the AM5 socket based processors was published by Chips and Cheese, and there are three types of AM5 processors, all based on Family 19h (Zen4) microarchitecture, with on-chip graphics. Also, AMD will switch to an LGA1718 package much like Intel’s Land Grid Array design, where pins are motherboards but would retain the size of the AM4 CPUs, i.e. 40x40mm.

However, the document also reports that “Some OPNs…may not support GFX”, this means AMD could also sell Ryzen CPUs with dedicated GPU disabled to counter Intel’s F-series CPUs without iGPU. So, there could be a lot more offerings next-gen with various options and those without iGPU could lower pricing maybe.

AMD’s Zen 4 based CPUs will use TSMC’s 5nm process node & the IOD will be based on TSMC’s 6nm process node. It is now supposed to give around a 20% IPC increase over last year’s Zen 3, and this kind of jump is expected because of the leap in architecture.

Also, the presence of 28 PCIe Gen 4.0 lanes is now confirmed, and it also signifies, AMD would not shift to a costlier PCIe Gen 5 like Intel is to do with Alder Lake. Read: AMD’s upcoming socket AM5 for Raphael processors will not support the latest PCIe 5.0 technology

Not only this, the architecture will allow Zen 4 CPUs will feature 8 core chiplets, so expect around 50% performance per watt gains between Zen 3 and Zen 4. However, the use of Navi2 (RDNA2) graphics microarchitecture for Raphael CPUs is a huge deal because almost all CPUs will be able for some level of iGPU gaming.

If you are anxious to know the performance of these processors, you can get a fair idea of it as AMD will be updating its Zen3 APUs with Navi2 GPU, codenamed Rembrandt that will be based on FP7 socket but could be release for desktop APUs as well. Overall, AMD’s next big leap in computing looks promising more than ever, also add its new 3D V-Cache stacking technology, haven’t read about it?