“Chehre”: The trailer of Amitabh Bachchan and Emraan Hashmi’s latest Crime and Justice film get released 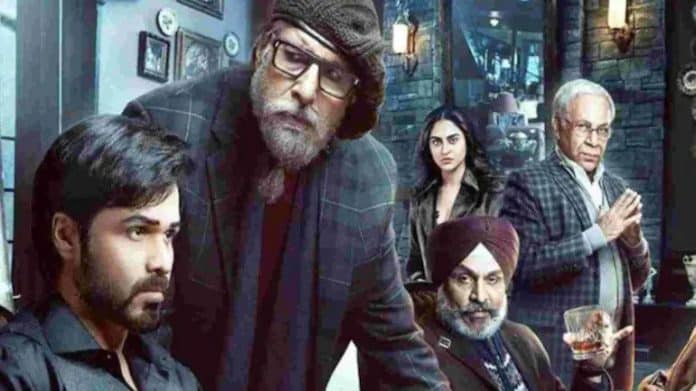 In this film, we see Emraan Hashmi as an ad agency executive who takes shelter in the criminal lawyer’s cottage. Amitabh Bachchan will play the role of the criminal lawyer. The cottage is placed at the hill station where a very dangerous snowstorm happened.

After knowing about the personal life of Emraan Hashmi and his girlfriend Amitabh Bachchan and his friends begin to chase him, which becomes a real-life game of crime and justice. The game has now been introduced as the trial of the mock of justice in this movie that has resembled the board clue of the game.

At first, Emraan Hashmi has shared the teaser for his new film Chehre. This movie is directed by Rumy Jafry and also featuring the megastar Amitabh Bachchan. This film is produced by Anand Pandit Motion Pictures and Saraswati Entertainment Private Limited. In this latest teaser, it has been heard that Annu Kapoor is talking about the genuine nature of human beings, and he also explained that there is no other person on earth who does not commit any crime in their entire lives.

In the response, Emraan Hashmi also said that the innocent is just that person who has not been caught easily after doing any crime.

This film is also going to featuring Raghubir Yadav and Krystle D’Souza. Until last year, it has been informed that even Rhea Chakraborty also was a part of this film. Even she had shared the images of her first look from the sets. However, in the latest promotional material and posters that were beginning to trickle last month, Rhea was not spotted at any position in the poster.

Ruby said that she had withdrawn and quiet in a recent interview and had not spoken much about it. She also wants not to blame her for what situations that she had gone through.

It has been assumed that the movie will be supposed to release on 27th August 2021.