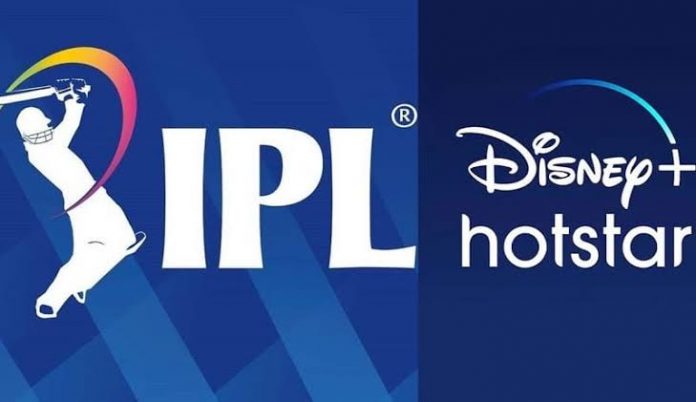 The IPL has displayed its brand value in a great manner for its sponsors and stakeholders. This is because the official streaming partners that are Disney + Hotstar have made a huge revelation. The content and streaming related platform have announced that 11.73 million people have taken their subscription this year mainly due to the impact of the Indian Premier League.

Disney+ Hotstar customer base & ARPU also improved from Q2 to Q3 due because of the higher advertisement income that the company earned through premium subscription per person. This shows the impact that IPL has created in four weeks of matches that we’re played in Q3 as compared to the absence of the tournament during Q2.

Christine McCarthy who is the Senior Executive Vice President and Chief Financial Officer of the company revealed these details to the analysts during the Q3 earnings conference call.

Christine McCarthy explains the impact of IPL 2021 on Disney+Hotstar

IPL has helped Disney+Hotstar make a massive leap in terms of their audience as well as subscription count. This is because the growth of the platform is not very high in foreign countries like the United States for example. However, that does not seem to be the case in India.

Christine McCarthy explained the impact of the Indian Premier League on their platform throughout their quarterly report.

“We ended the third quarter with 116 million global paid subscribers to Disney+, up from approximately 104 million in the second quarter. Disney+ Hotstar accounted for the majority of our net subscriber additions between Q2 and Q3, making up a little less than 40% of our total Disney+ subscriber base as of the end of the third quarter. However, subscriber growth was also solid at our core Disney+ markets, excluding Disney+ Hotstar, with total quarter-over-quarter net adds in those markets consistent with net adds from Q2.”

“Both of these factors were impacted by the return of live sporting events and, in particular, the Indian Premier League, which held cricket matches from April 9 until the season was postponed on May 4 versus no matches in the prior-year quarter due to COVID-19.”

Therefore the Phase Two of IPL 2021 that will begin from September 19 will bring more Indian subscribers to Disney+Hotstar. In addition to that, the platform will earn more ad revenue from the inclusion of each subscriber. As a result, Disney+Hotstar would be very happy by the impact created by this mega cricket event.

Rudra: Ajay Devgn has started shooting for the Disney+ series