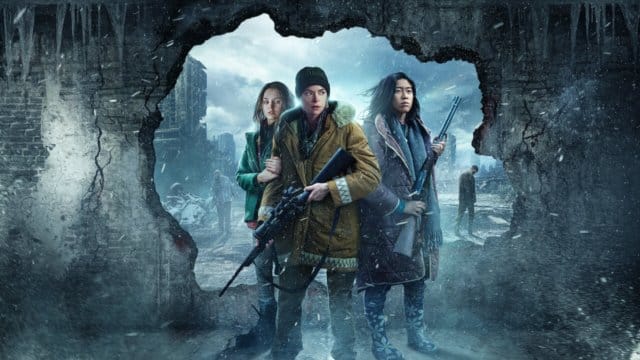 After waiting for two long years, at last, the second season of  Black Summer has been finished. After an exciting second season, all the fans are very hopeful for watching the third season of the Z-Nation prequel. Now we have to wait for Netflix to take a decision about the future of Black Summer.

It is an incredible Netflix Original horror series has been created by Karl Schaefer and John Hyams, this series is the prequel of the zany zombie series of Z-Nation. In the second season, we have seen a huge development than the first one. Black Summer can ensure it’s every encounter with terrible zombies is frightening and confrontations with the rest of the survivors are tense nerve-wracking.

It is true that Netflix still has not even renewed the Black Summer but it should not be revealed as a surprise given the fact about the series that has been come before 24 hours of the publishing time. The returning of Black Summer for the third season is still a viewership. It is expected that as a popular zombie thriller show and zombies in general we will watch black Summer season 2 will perform very well.

In the second season, we have seen Rose, Ana, and the other team of survivors who will make their way forward to the origin of the mysterious plane which had dropped many supplies in the area.

After being attacked by Nazari’s team, Rose, Anna, Spears, and Sun remained separated for few months. Spears had been left by Rose for death after sustaining a gun wound to him, and Rose had stayed behind to push Spears into a ditch in the he that he becomes somehow survive and that time Sun was captured.

As it was a cold winter season, the survivors had facing more struggles just to find out the supplies. In this situation, it caused huge tension, conflicts, and also many deaths at the time of encountering by the different groups with each other.

Rose and Anna also get some moment of reprieve after leading to an abandoned ski lodge by Boone. As Anna was constantly at the edge so she had not found any time for relaxing. It has been seen that the pair become reunited with Spears who was anyway able to make it to the lodge before succumbing with his infected gun wound. It is very sad that it was the ending of Spears as his wound of the gun was killing him slowly for some time this event had leading Anna to put the man completely out of the misery.

At the ending of the second season, all the following groups throughout the season had been converged on the airstrip, but this thing practically leads everyone to die. Rose and Ray have been left with the wound, now Anna with working is still not clear what to do next.

It indicates that Sun is the one and only survivor onto the plane, as the pilot could speak Korean that made him the first person that she could speak since the massive outbreak.

We have seen Lance last time at the ending of season 1 while he was running away from the tiny horde of zombies, and after that his fate was unknown. No one would expect the returning of Lance in the second season, but it has been learned about the sad and the albeit tragic of that character.

She has tricked him by stopping his car to allow pregnant women inside and thus she had unlocked the driver’s side of the door and this thing allowed the man that Lance was failed to stop and getting inside and shoot him in the neck. It had seen that the pair were attempting for stealing the car crashed which had become a dramatic chase between Lance and his murderer.

It is our bad luck that we have not seen more about Lance about the returning of the character really indicates about his good fate.

Season 2 of this series was ended by left a lot of questions unanswered for season 3.

How Sun had been taken by the plane?

Among the survivors who had just made it to the airstrip, there is the only person who had to make it onto the plane was Sun. It is not clear about the traveling of the pilot. It is assuming that the pilot has to stop for refueling and it is also assuming that Sun and the pilot will rarely get a chance to take off again as the plane was got a huge amount of attention.

It has also seen that Rose was used the flare gun just to destroy the barrels filled with fuels behind Ray, but as a result, it had been injured the pair. The injured leg of Rose was disabled her to board the plane, but her daughter had made it back to her.

Now we have to see the fate of Rosa as Anna was able to find the car but while she will come back to Rose then the main question would be about her next move. The zombie apocalypse already has provided a dramatic toll on mental health of Anna. Now we have to see that she will be left Rose to die or not.

Mance will combine with Rose and Anna

The small; horde of zombies was practically taken by Mance single-handedly and also revealed unscathed. As Rose is injured and also took after Anna would be able to do all the help that she could get.

Ray will participate Rose and  Anna

Ray also was injured from the explosion and arguably come into even worse condition after getting beat down by some other survivors. If Ray could change his attitude and lives then he would become a good asset for the entire team. If it has more bad blood in between himself and Rose then the pair might set for conflict in the coming future.

There is no longer a viable option available but the most logical place for the survivors is to get to the ski lodge. There is enough bed for everyone. There is a sufficient amount of food for a year and also fuel and plenty of water.

The main problem in staying at the lodge is it is very hard to defend. As it is contained with a lot of entrances and windows then it is not hard to enter for anyone, including zombies. The lodge is no doubt is a giant gamble.

The first and the second season of this series had taken over two years. If it getting renewed for the third season then it is assuming that the subscribers have to wait for 2023. Black Summer will return before August 2021.