Guerrilla Collective 2021 Day 1: All the Games Announced and Unveiled 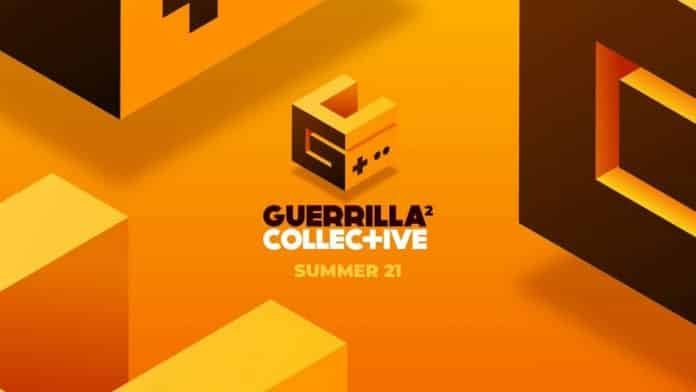 For the second time, the Guerrilla Collective online digital festival is back this year and it’s gonna feature over 80 games from 5050 Games, Innsersloth, tinyBuild, and more. The Media Indie Exchange is the producer and the show will be on 5th June and 12th June.

Here are all the games announced on the Guerrilla Collective’s first day:

This speedrun action-platformer is set in the environment of Cyberpunk Barcelona. Here you will have some unique skills to control time.

This game is totally an arcade battle arena shooter where you become an axolotl who has an AK and have to protect your pond from enemy invaders.

It is an action-adventure game set in a cyberpunk environment and features a unique mix of pixelated 2D and 3D graphics.

You’ll take the role of young wildlife photographer where you can travel through a beautiful island to discover it.

Bloodstained: Ritual of the Night

This is an action RPG game from Koji Igarashi.

This one is a science fiction survival horror RPG set in “the hyper-realistic, 3D-scanned wasteland of Chernobyl’s exclusive zone” from Farm 51.

The storyline is of a fox mother who is the last of her kind after humanity ravaged the planet. You, like a fox mother, have to help your three babies to survive.

This one is a narrative puzzle game set in 1990. You need to find Devin’s apartment while solving puzzles and avoiding fires in the city.

Grow: Song of the Evertree

Here your task is to care for the Evertree, a place where many worlds resided on its countless branches.

This turn-based dungeon crawler is entirely a rebuilt version of the award-winning 2015 indie hit from Gambrinous.

This game is a first-person shooter that will take you from East berlin into a parallel reality, before the end of the Cold War.

Kraken Academy is a technicolor fever dream that can be called “technically a school”. Join the forces with magical Kraken to control a time loop and save the world.

“Compete against your friends in a fantasy sport that mixes soccer with kung-fu action movies. Fly through the air and unleash a flurry of punches, kicks, and mystical arts to overpower the other team and smash the ball into their bell. Every bell ring counts as a point and the team with the most points when time runs out is crowned the winner.

Hone your skills in the single-player championship modes against increasingly difficult AI, then duke it out with friends in either local multiplayer or online multiplayer in versus or quick match modes.”

This pixel art survival horror game is set in New England in the mid-19th century.

Legend of Keepers: Return of the Goddess

This one is the first DLC for the reverse dungeon crawler Legend of Keepers with a new master, new monsters, a new environment, and more.

You wake up in a castle, and now have to find a way out of it by defeating The Red King.

A story of a man after his beloved wife’s sudden death.

A single-player journey where you will discover things through an ancient world of wonders.

Rubi: The Wayward Mira is a 2D action-platformer that brings science and magic together.

This one is a fast-paced first-person precision platformer, where everything of that environment is out to hunt you.

“Source of Madness is a side-scrolling dark action roguelite set in a twisted Lovecraftian-inspired world powered by procedural generation and AI machine learning. Take on the role of a new Acolyte as they embark on a nightmarish odyssey. Uncover the cosmic secrets of the Loam Lands and The Tower of Madness, the moon’s mysterious Citadel.

In the galaxy, you’ll have several missions. Take part in different space dogfights, and jam out to lo-fi beats in this chill, arcade-style shooter.

“In The Eternal Cylinder, players control a herd of adorable creatures called Trebhums and must explore a strange alien world filled with exotic lifeforms, surreal environments, and the constant threat of the Cylinder, a gargantuan rolling structure of ancient origin which crushes everything in its path. In this unique alien ecosystem, real-time world destruction, animal AI, and organic exploration and puzzle design all combine to deliver an unforgettable adventure.

Your Trebhums begin at the bottom of the natural food chain but can mutate and evolve with new physical attributes and abilities by eating a variety of flora and fauna. Discover and adapt dozens of mutations, including new traversal skills like flying and swimming to reach new areas, and new senses to help overcome puzzles and dangers. Your many Trebhums can each have different mutations, empowering you to create a unique herd. Each mutation will also change the physical look of a Trebhum and stacking these will generate surprising new creature designs which players will be able to organically discover as they explore this unique alien world.”

This one is a poetic adventure set in a very beautiful world claimed by vile corruption. You have to cleanse the corruption.

A multiplayer sandbox game where you need to build your own village and community alongside exploring the dungeons.

This action-adventure colorful game is inspired by classic platformers where you need to restore the peace to his recently invaded home.

Take on the hammer-wielding robots and big enemies in this trailer for Ultra Age, as shown during Guerrilla Collective 2021.

“Ed Miller, a writer, came out unscathed from his car crash down into Bixby Canyon, California. Even though no one was found inside the car wreckage, Ed insists that he was traveling with his wife and daughter. Traumatized by the event, he begins to suffer from severe vertigo. As he starts therapy, he will try to uncover what really happened on that tragic day.”

“Swim, launch, and bounce through this meditative floating platformer.

A reactive soundscape creates the soundtrack to your exploration through the playful puzzles of Ynglet’s hand-drawn levels.

In Ynglet you jump between bubbles that float in the sky like you’re a space dolphin, as you melt into a highly reactive and dynamic soundtrack created by Ynglet’s custom (and needlessly complicated) music software!”

It’s a turn-based tactical RPG combat, where you need to lead your heroes through daring raids and forgotten ruins, protect your land.